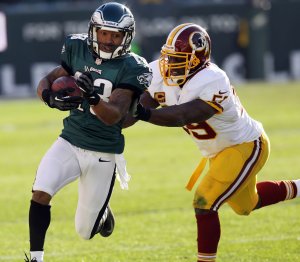 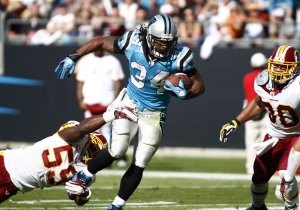 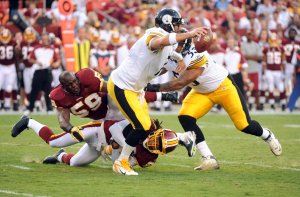 NFL // 2 years ago
Colts forced to shake up offensive line after Joe Haeg injury
Once again, the Indianapolis Colts are shuffling their offensive line.

London Levi Fletcher-Baker (born May 19, 1975 in Cleveland, Ohio) is an American football linebacker who currently plays for the Washington Redskins of the National Football League. He spent four seasons with the Rams before joining the Buffalo Bills in 2002. On March 2, 2007, Fletcher and the Redskins agreed to a 5-year, $25 million contract with a $10 million signing bonus. Known as one of the most consistent and knowledgeable linebackers in the game, Fletcher has never missed a game in his lengthy career, a feat further magnified by the intense physicality of the middle linebacker position.

FULL ARTICLE AT WIKIPEDIA.ORG
This article is licensed under the GNU Free Documentation License.
It uses material from the Wikipedia article "London Fletcher."
Back to Article
/