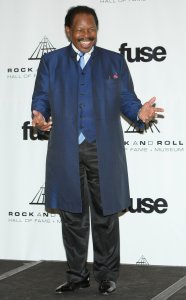 When we meet someone new, one of the first things we notice is whether they make us laug

Athens was the birthplace of Socrates, Aristotle, Plato and Western philosophy itself

Athens was the birthplace of Socrates, Aristotle, Plato and Western philosophy itself

Lloyd Price (born March 9, 1933) is an American R&B vocalist. Known as "Mr. Personality", after the name of one of his biggest million-selling hits. His first recording, "Lawdy Miss Clawdy" was a huge hit on Specialty Records in 1952, and although he continued to turn out records, none were as popular until several years later, when he refined the New Orleans beat and achieved a series of national hits. He was inducted into the Rock and Roll Hall of Fame in 1998.

Growing up in a suburb of New Orleans, Price had formal musical training in trumpet and piano, sang in his church's gospel choir, and was a member of a combo in high school. His mother, Beatrice Price, owned the Fish ‘n’ Fry Restaurant, and Price picked up a life-long interest in business and in food from her.

When Art Rupe of Specialty Records came to New Orleans scouting for talent and heard Price's song, "Lawdy Miss Clawdy", he wanted to record it. Because Price did not have a band,(though he would eventually start his own band in 1949), Rupe hired Dave Bartholomew and his band (which included Fats Domino on piano) to do the arrangements and back up Price in the recording session. The song turned out to be a massive hit and his next release cut at the same session, "Oooh, Oooh, Oooh" a much smaller one. Price continued making recordings for Speciality but did not chart any further hits at that time.

FULL ARTICLE AT WIKIPEDIA.ORG
This article is licensed under the GNU Free Documentation License.
It uses material from the Wikipedia article "Lloyd Price."
Back to Article
/