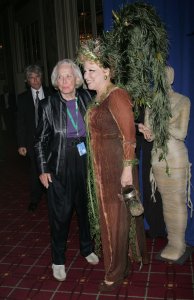 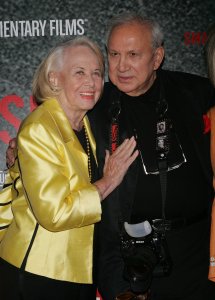 If you were an Ann Richards fan, you could memorialize her by endorsing her own candidate -- Kinky

A fire runs over my flesh. I freeze. I burn. I am as green as grass. I have a daughter like a golden flower

I've played the Hard Rock three times already. What does a girl have to do around here to get her own chip

Liz Smith, MBE (born 11 December 1921) is a British actress, best-known for her roles in the sitcoms The Vicar of Dibley and The Royle Family. She also appeared in the 2005 film Charlie and the Chocolate Factory. She is currently living in a retirement flat with assistant living.

Liz Smith was born as Betty Gleadle in the Crosby area of Scunthorpe, Lincolnshire in 1921. When Liz was only two years old, her mother died in childbirth. Her father walked out of her life shortly afterwards, when his new wife did not wish him to have any contact with his previous life, including his young daughter. She was brought up by her widowed grandmother. During the Second World War, she chose to serve as a WREN in the Royal Navy because she liked the uniform. In 1945, she married Jack Thomas, whom she met while on service in India. They had two children, but then they divorced in 1959 and Smith brought up her son and daughter on her own. She has described this as an extremely difficult period in her life, as she struggled against financial difficulties and social disapproval of single mothers.

In 1971, at the age of 50, Liz Smith got her big break when she appeared as the downtrodden mother in Mike Leigh's Bleak Moments, part of Play for Today.

FULL ARTICLE AT WIKIPEDIA.ORG
This article is licensed under the GNU Free Documentation License.
It uses material from the Wikipedia article "Liz Smith."
Back to Article
/