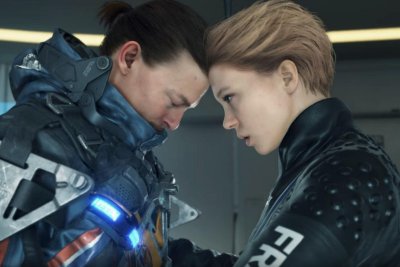 Lindsay Jean Wagner (born June 22, 1949) is an American actress. She is probably most widely known for her portrayal of Jaime Sommers in the 1970s television series The Bionic Woman (for which she won an Emmy award), though she has maintained a lengthy career in a variety of other film and television productions since.

Wagner was born in Los Angeles, California, the daughter of Marilyn Louise (née Thrasher) and William Nowels Wagner. When she was seven years old, her parents divorced and her mother moved with her to the northeast Los Angeles neighborhood of Eagle Rock, near Pasadena. Another move with her mother and stepfather (Ted Ball) brought her to Portland, Oregon, where she attended David Douglas High School and appeared in a number of school plays. She studied at the University of Oregon.

Wagner worked as a model in Los Angeles, and gained some television experience by appearing as a hostess in Playboy After Dark. Her debut in prime-time network television was in a 1971 episode of Adam-12. However, it was not until she contacted a friend at Universal Studios and was cast in a small part in Marcus Welby, M.D. that her acting career gained momentum. Her appearances helped her win roles in the films Two People and The Paper Chase. Wagner appeared in a total of five episodes of Marcus Welby, M.D. series between 1971–75, as well as in a two-show guest role in The Rockford Files.

FULL ARTICLE AT WIKIPEDIA.ORG
This article is licensed under the GNU Free Documentation License.
It uses material from the Wikipedia article "Lindsay Wagner."
Back to Article
/