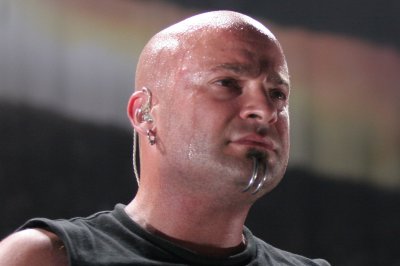 Cheers to the universe from me and my lovely wife Esther Durst! We are now one and complete. :o

The current members of the band include vocalist Fred Durst, guitarist Wes Borland, bassist Sam Rivers, drummer John Otto (Rivers' cousin) and turntablist/sampler/keyboard player DJ Lethal. The band's guitarist Wes Borland departed in 2001 following the release of their first three albums to be replaced by Mike Smith for the band's fourth release Results May Vary. Borland rejoined for The Unquestionable Truth (Part 1) only to quit once again in 2006 to work with other projects. February 2009 saw the confirmation of all five members reuniting for a world tour set to launch in the Spring of that year.

Limp Bizkit was formed in 1994 in Jacksonville, after Fred Durst met Sam Rivers. Rivers introduced Durst to his cousin, John Otto, a drummer in Keystone. The three got together for a jam session, and soon after started an early version of the band. The trio soon recruited guitarist Rob Waters and Limp Bizkit was established. The band's first four-track demo, entitled Mental Aquaducts, (which were remakes of previously written songs from Fred's previous bands Split 26 and 10Ft Shindig) was recorded with him but soon after he left the band. Otto suggested the group to consider Wes Borland, whom he had gone to school with, for the now vacant position. Durst noticed him playing in clubs and wanted to recruit him. Durst went to Philadelphia, and he instructed the other members to talk to Wes and see if he'd join the band. Wes accepted, and the very night Fred came back to Jacksonville, a show was scheduled. Fred and Wes met for the first time, practiced for a half hour, and then went and played the show.

FULL ARTICLE AT WIKIPEDIA.ORG
This article is licensed under the GNU Free Documentation License.
It uses material from the Wikipedia article "Limp Bizkit."
Back to Article
/