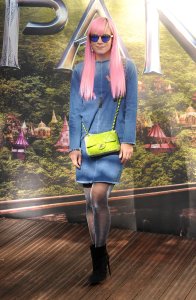 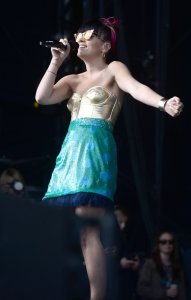 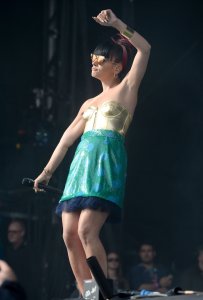 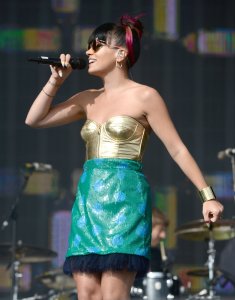 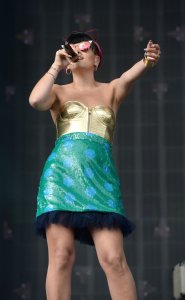 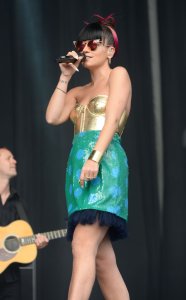 The record industry is a very political place at the moment

Last time I wrote here, I was defending my honor and dignity, explaining my innocence and also outrage at the press for insinuating my behavior was embarrassing

I am tired, but more than that I don't think I have been giving my best performances recently

The family are really upset and have had a terribly bad day, as you can imagine

Lily Rose Beatrice Allen (born 2 May 1985) is an English recording artist and talk show host. She is the daughter of actor and musician Keith Allen and film producer Alison Owen. In her teenage years, her musical tastes evolved from glam rock to alternative. Allen abandoned school and concentrated on improving her performing and compositional skills. Afterwards, she created several demo songs, and near the end of 2005, she created a profile on MySpace, where she made some of her recordings public.

A contract was signed with the label Regal Recordings, as the views on MySpace rose to tens of thousands. In 2006, she began to work on completing what would be her first studio album and its first mainstream single "Smile" reached the top position on the UK Singles Chart in July 2006. Her debut record, Alright, Still, was well received on the international market, selling over 2.6 million copies and brought Allen a nomination at the Grammy Awards, BRIT Awards and MTV Video Music Awards. She then began hosting her own talk-show, Lily Allen and Friends, on BBC Three.

Her second major album release, It's Not Me, It's You, saw a genre shift for her, having more of an electropop feel, rather than the ska and reggae influences of the first one. The album debuted at number one on the UK Albums Chart and the Australian ARIA Charts and was appreciated by the critics, noting the singer's musical evolution and maturity. It spawned the hit singles "The Fear" and "Fuck You", popular mostly in Europe. Allen and Amy Winehouse have been credited with starting a process that led to the media-proclaimed "year of the women" in 2009 that has seen five female artists making music of "experimentalism and fearlessness" long nominated for the Mercury Prize. In September 2009, Allen stated that she sees no way that she could ever make a profit making new records. In August she announced her pregnancy and began a hiatus. During autumn 2010, Allen opened a fashion rental shop "Lucy in Disguise" with her sister Sarah and for the second time had a pregnancy not come to term. In 2011 Allen launched her own record label.

FULL ARTICLE AT WIKIPEDIA.ORG
This article is licensed under the GNU Free Documentation License.
It uses material from the Wikipedia article "Lily Allen."
Back to Article
/