Movies // 2 months ago
'The Dig' trailer shows Ralph Fiennes, Carey Mulligan make discovery
"The Dig," a new film that reimagines the 1939 excavation of Sutton Hoo, will premiere Jan. 29 on Netflix.

TV // 4 months ago
'The Crown': Dominic West in talks to play Prince Charles in Seasons 5, 6
"The Affair" alum Dominic West will reportedly join Elizabeth Debicki, Imelda Staunton and Jonathan Pryce in "The Crown" Seasons 5 and 6.

Movies // 5 months ago
'Rebecca': Lily James falls for Armie Hammer in trailer for Netflix film
"Rebecca," a new film based on the Daphne du Maurier novel, will premiere Oct. 21 on Netflix. 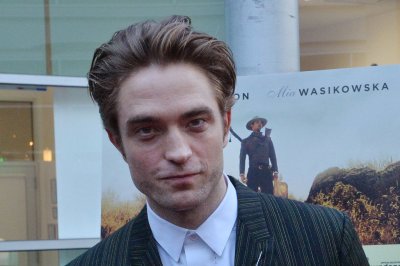 Movies // 6 months ago
Netflix gives 1st look at Lily James, Armie Hammer in 'Rebecca'
"Rebecca," a new film based on the Daphne du Maurier novel, will premiere Oct. 21 on Netflix.

I think it just has changed everything in a way. Not in ways that people would expect, of like lifestyle or being recognized, because I'm quite anonymous from that show. I don't really get [recognized,] especially not in England. But it's changed my life in that I really, really don't think I would've got {i:Cinderella} if it hadn't been for {i:Downton}. I think that show enabled me to be seen for more. And that's what you really want, as an actor, to be able to be seen for stuff. And it gives you that kind of profile that you can be. And, so, I'm so grateful

Lily Chloe Ninette Thomson (born 5 April 1989), better known by her stage name Lily James, is an English actress. She is best known for her role as Lady Rose MacClare in the period drama Downton Abbey. James began her professional acting career as Ethel Brown in the 2010 BBC production Just William. In 2011 and 2012, she earned warm reviews in several London theatre productions. She began to appear in Hollywood films in 2012, with roles in Wrath of the Titans and Fast Girls, and was seen in further television roles. She starred in the title role of the 2015 Disney film Cinderella.

FULL ARTICLE AT WIKIPEDIA.ORG
This article is licensed under the GNU Free Documentation License.
It uses material from the Wikipedia article "Lily James."
Back to Article
/