TV // 1 year ago
Anna Faris: 'Mom's' Christy is an 'against all odds character'
Anna Faris will be everywhere in September, with new episodes of her podcast "Unqualified" and Season 7 of CBS' "Mom," in which she portrays Christy, a character who will still be chasing her dream of becoming a lawyer.

TV // 1 year ago
Daisy Ridley says ending to 'Star Wars: Episode IX' is 'epic'
Daisy Ridley appeared on "The Tonight Show" and told Jimmy Fallon how she felt about wrapping up "Star Wars: The Rise of Skywalker." 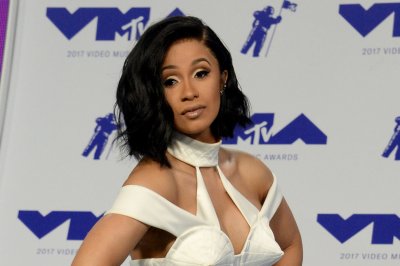 Entertainment News // 4 years ago
Drake leads BET Awards with 9 nods; Rihanna, Beyonce follow
Drake is taking the 2016 BET Awards by storm with a total of nine nominations, with Rihanna and Beyonce both in second with five nods each.

Kimberly Denise Jones (born July 11, 1975), better known by her stage name Lil' Kim, is an American rapper and singer who was part of the group Junior M.A.F.I.A.

Jones was born and raised in Brooklyn and lived much of her adolescent life on the streets after being expelled from home. From the influence of fellow rapper The Notorious B.I.G., she began her music career in 1994 with the group Junior M.A.F.I.A., whose debut album Conspiracy generated three hit singles. In 1996, her solo debut album Hard Core was released. Hard Core was certified double platinum and spawned chart-topping hits "No Time" and "Crush on You". Her following albums, The Notorious K.I.M. (2000) and La Bella Mafia (2003), were also largely successful.

In 2005, Lil' Kim served a yearlong prison sentence for lying to a jury about her friends' involvement in a shooting four years earlier. During her incarceration, her fourth album The Naked Truth was released to poor sales and modestly charting singles. Lil' Kim returned to the public spotlight in 2009 with an appearance on Dancing with the Stars.

FULL ARTICLE AT WIKIPEDIA.ORG
This article is licensed under the GNU Free Documentation License.
It uses material from the Wikipedia article "Lil Kim."
Back to Article
/