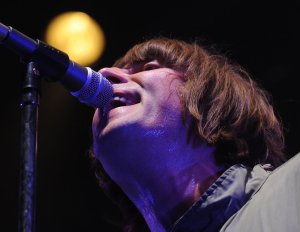 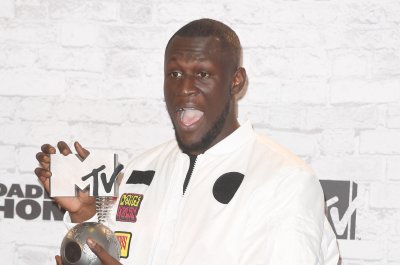 Music // 3 years ago
Foo Fighters announce tour, Cal Jam Festival
Foo Fighters have announced that they are going on tour for their new album, "Concrete and Gold," which will be kicked off by their music festival Cal Jam Fest '17 in San Bernadino.

Music // 3 years ago
Oasis' Liam Gallagher on brother Noel: 'I don't think we should have ever split up'
Liam Gallagher has once again started opening up about his relationship with brother Noel as the siblings release a new documentary titled "Oasis: Supersonic."

Movies // 4 years ago
Donald Trump contracts AIDS in Sacha Baron Cohen's new comedy
Sacha Baron Cohen's new comedy "The Brothers Grimsby" is causing quite the stir with a scene in which presidential hopeful Donald Trump contracts the AIDS virus.
Music // 7 years ago
Liam Gallagher sued for $3M by woman who claims he fathered her child
Married rocker Liam Gallagher is being sued for $3 million by a woman who claims he fathered her infant daughter during a fling, the New York Post reported.
Music // 8 years ago
Liam Gallagher sues brother over Oasis gig
Former Oasis singer Liam Gallagher says he had no choice but to sue his own brother over remarks he made when the band canceled a 2009 gig in Great Britain.

Clothes and music are my passion. I'm not here to rip anyone off and I'm not doing it for the money either. I'm doing it (because) there's a lack of stuff out there of the things I would wear

I'd do time for him. I love him. Me and him are cool. If anyone stepped on his toes, I'd cut them off

This will be a film with humor and affection, providing an insider's look at what it meant to be a young man caught up in the wild swirl of the music business, celebrities and the tail end of the swinging 60s in London

The truth is I had laryngitis, which Noel was made fully aware of that morning, diagnosed by a doctor

William John Paul "Liam" Gallagher (born 21 September 1972) is an English musician and singer-songwriter of Irish background, the former frontman of the English rock band Oasis and currently of the band Beady Eye. Gallagher's erratic behaviour, distinctive singing style, and abrasive attitude have been the subject of commentary in the press. He remains one of the most recognisable figures in modern British music.

Although his elder brother Noel Gallagher wrote the majority of Oasis's songs, Liam has penned the singles "Songbird" and "I'm Outta Time", along with a number of album tracks and B-sides.

FULL ARTICLE AT WIKIPEDIA.ORG
This article is licensed under the GNU Free Documentation License.
It uses material from the Wikipedia article "Liam Gallagher."
Back to Article
/