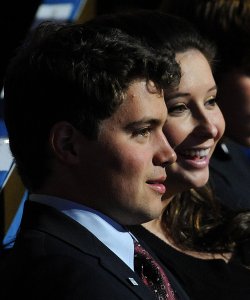 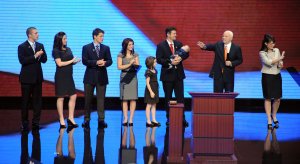 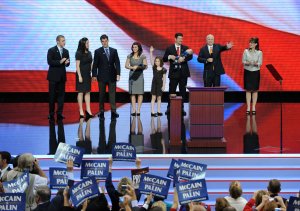 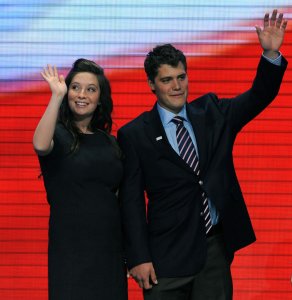 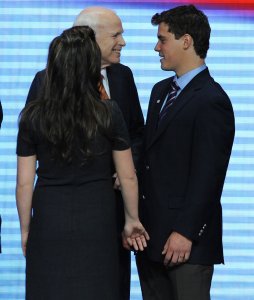 TV // 3 years ago
'Teen Mom OG': Bristol Palin gets candid in first promo
Bristol Palin tells mom Sarah Palin her life is "not perfect at all" in a teaser for the MTV series "Teen Mom OG."

Entertainment News // 4 years ago
Bristol Palin reflects on her pregnancy as a teen
Bristol Palin, the eldest daughter of Sarah Palin, said her children have been the "biggest blessing" in her life.

Deer in the Headlights: My Life in Sarah Palin's Crosshairs

I think if my phone were to ring right now, I would probably say yes

Sarah told me she had a great idea: we would keep it a secret -- nobody would know that Bristol was pregnant

I know that public scrutiny will simplify this matter and act as a check against anyone's need to be overly vindictive, aggressive or malicious, not that Bristol would ever be that way, nor that I would

Levi Keith Johnston (born May 3, 1990) is the former fiancé of Bristol Palin. He first received media attention in August 2008 when U.S. vice presidential candidate Sarah Palin announced that her daughter Bristol was five months pregnant with Johnston's baby and that the two were engaged. Johnston and Palin broke off their engagement in March 2009, and Johnston had several public feuds with the Palin family for which he later apologized. The couple announced they were engaged again in July 2010, but ended that engagement three weeks later.

After working in the Alaskan oil fields, Johnston began pursuing a career in the entertainment industry, aspiring to be a model and an actor.

In August 2010, Johnston announced that he is running for mayor of Wasilla, Alaska in the October 4, 2011 election.

FULL ARTICLE AT WIKIPEDIA.ORG
This article is licensed under the GNU Free Documentation License.
It uses material from the Wikipedia article "Levi Johnston."