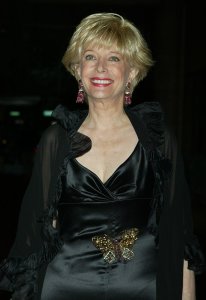 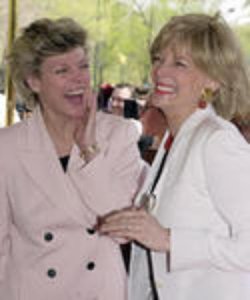 I've found that I've come to closure on this. I don't think it's the right thing for me to be a candidate in 2004

You're sitting interviewing someone and you're listening to him. He's plausible, he's making sense. But you know that they've lied in the past. I'm more inclined to believe my government

Lesley Rene Stahl (born December 16, 1941) is an American television journalist. Since 1991, she has reported for CBS on 60 Minutes.

A graduate of Wheaton College, her career received a running start from her coverage of the Watergate affair. Stahl went on to become White House correspondent during the presidencies of Jimmy Carter, Ronald Reagan and George H. W. Bush. Stahl was the moderator of Face the Nation between September 1983 and May 1991. In addition, from 2002–2004, she hosted 48 Hours Investigates. In 2002, Stahl made headlines when Al Gore appeared on 60 Minutes and revealed for the first time that he would not run for president again in 2004. When Katie Couric was hired, CBS News asked Stahl to reduce her salary by $500,000 to accommodate Couric's salary, bringing her salary down to $1.8 million. In October 2007, Nicolas Sarkozy, President of France, stood up and walked away from an interview with Stahl, because she asked him about his relationship with his soon-to-be estranged spouse.

FULL ARTICLE AT WIKIPEDIA.ORG
This article is licensed under the GNU Free Documentation License.
It uses material from the Wikipedia article "Lesley Stahl."
Back to Article
/