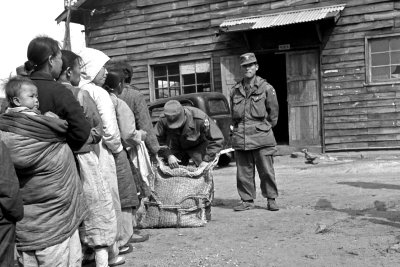 Top News // 3 years ago
The Almanac
On March 14, 1951, Seoul was recaptured by U.N. troops for the second time during the Korean War.
Odd News // 6 years ago
The almanac
UPI Almanac for Friday, March 14, 2014.
U.S. News // 7 years ago
California couple married 75 years die within 24 hours of each other
A California couple described by their children as inseparable died within 24 hours of each other after 75 years of marriage, their children said.
U.S. News // 7 years ago
Fla. university sets up diversity site
A group at Florida Atlantic University supporting the Palestinians denies allegations of anti-Semitism.
Technology // 7 years ago
UPI NewsTrack Science and Technology News
Internet pioneers honored with U.K. prize ... Are cars driving evolution of birds? ... Roosters 'tell time' to begin crowing ... Life found in world's deepest ocean spot ... Science and Technology news from UPI.
Science News // 7 years ago
Are cars driving evolution of birds?
Cars are driving the evolution of birds in Nebraska, leading to birds with shorter wings to take off more quickly and avoid onrushing vehicles, scientists say.
Odd News // 7 years ago
The almanac
UPI Almanac for Thursday, March 14, 2013.
Sports News // 1 decade ago
Soccer fan gets probation for song
A fan of the Rangers, a leader in Scottish soccer, was given two years probation Tuesday for singing an offensive song about the Irish during a match.
Odd News // 1 decade ago
The almanac
UPI Almanac for Friday, March 14, 2008.
Entertainment News // 1 decade ago
Jazz trumpeter Childers dies at 81
Marion "Buddy" Childers, trumpeter for jazz greats Stan Kenton and Tommy Dorsey who later led his own ensemble, died in his Woodland Hills, Calif., at age 81.

Les Brown, Sr. (March 14, 1912 – January 4, 2001) and the Band of Renown are a big band that began in the late 1930s, initially as the group Les Brown and His Blue Devils that Brown led while a student at Duke University. The band now performs under the direction of his son Les Brown, Jr.

Les Brown was a big band leader and composer, best known for his nearly seven decades of work with the group Les Brown and His Band of Renown (1938-2001). After graduating from New York Military Academy in 1932, Les Brown attended college at Duke University from 1932-1936. There he led the group Les Brown and His Blue Devils, who performed regularly on Duke's campus and up and down the east coast. Brown took the band on an extensive summer tour in 1936. At the end of the tour, while some of the band members returned to Duke to continue their education, others stayed on with Brown and continued to tour, becoming in 1938 the Band of Renown. A few years later, in 1945, this band brought Doris Day into prominence with their recording of "Sentimental Journey". The song's release coincided with the end of WWII in Europe and became the unofficial homecoming theme for many veterans. The band had nine other number-one hit songs, including "I've Got My Love to Keep Me Warm".

Les Brown and the Band of Renown performed with Bob Hope on radio, stage and TV for almost fifty years. They did 18 USO Tours for American troops around the world, and entertained over three million people. Before the Super Bowls were televised, the Bob Hope Christmas Specials were the highest-rated programs in television history. Tony Bennett was "discovered" by Bob Hope and did his first public performance with Les and the Band.

FULL ARTICLE AT WIKIPEDIA.ORG
This article is licensed under the GNU Free Documentation License.
It uses material from the Wikipedia article "Les Brown."
Back to Article
/