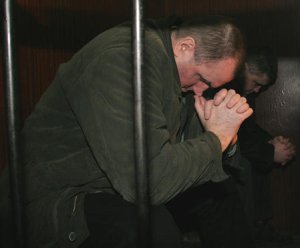 If we really want to preserve peace ... let us have new elections

It is clear to me that different people are behind all these processes. Their (the opposition's) calls are beyond the limits of the law, the constitution and reason

As to rumors, especially [those disseminated by] the opposition, it's a pain of out time

This article is part of the series: Politics and government of Ukraine

FULL ARTICLE AT WIKIPEDIA.ORG
This article is licensed under the GNU Free Documentation License.
It uses material from the Wikipedia article "Leonid Kuchma."
Back to Article
/