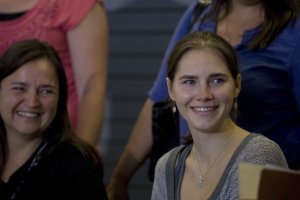 World News // 7 months ago
Renaissance-era ship found mostly intact at bottom of Baltic Sea
Scientists said they have found a shipwreck at the bottom of the Baltic Sea that's remained largely intact after five centuries.

Top News // 9 months ago
On This Day: Cyclone Nargis kills thousands in Myanmar
On May 2, 2008, Tropical Cyclone Nargis slammed into densely populated southern Myanmar. The death toll was eventually raised to nearly 140,000 people.

Top News // 10 months ago
The Almanac
On April 15, 2014, after sending a distress signal, a South Korean ferry capsized off the country's southern coast, an incident that killed about 300 people.

Odd News // 1 year ago
Man recreates 'Mona Lisa' in backyard snow
A Toronto man turned winter weather into high art when he used a shovel to turn his backyard ice rink into a recreation of Da Vinci's "Mona Lisa."

World News // 2 years ago
Record-breaking Leonardo painting goes to Louvre Abu Dhabi
A painting of Jesus that shattered auction records when it was sold for $450 million last month will go on display at the Louvre Abu Dhabi.

Top News // 2 years ago
On This Day: Nazis occupy Vichy, France, in WWII
On Nov. 10, 1942, Nazi troops entered previously unoccupied France, the de facto government of which was centered in Vichy state.

Top News // 2 years ago
On This Day: Munch's 'The Scream' stolen from Oslo museum
On Aug. 22, 2004, two masked robbers stole Edvard Munch's "The Scream" and another painting from the Munch Museum in Oslo, Norway.

Leonardo di ser Piero da Vinci ( pronunciation (help·info), April 15, 1452 – May 2, 1519) was an Italian polymath, scientist, mathematician, engineer, inventor, anatomist, painter, sculptor, architect, botanist, musician and writer. Leonardo has often been described as the archetype of the renaissance man, a man whose unquenchable curiosity was equaled only by his powers of invention. He is widely considered to be one of the greatest painters of all time and perhaps the most diversely talented person ever to have lived. Helen Gardner says "The scope and depth of his interests were without precedent...His mind and personality seem to us superhuman, the man himself mysterious and remote".

Born as the illegitimate son of a notary, Piero da Vinci, and a peasant woman, Caterina, at Vinci in the region of Florence, Leonardo was educated in the studio of the renowned Florentine painter, Verrocchio. Much of his earlier working life was spent in the service of Ludovico il Moro in Milan. He later worked in Rome, Bologna and Venice and spent his last years in France, at the home awarded him by Francis I.

FULL ARTICLE AT WIKIPEDIA.ORG
This article is licensed under the GNU Free Documentation License.
It uses material from the Wikipedia article "Leonardo Da Vinci."
Back to Article
/