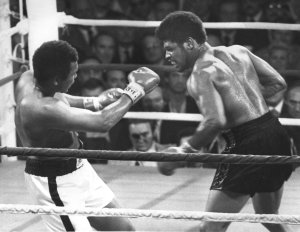 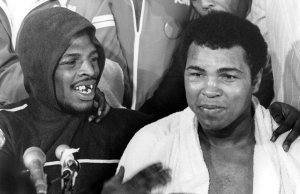 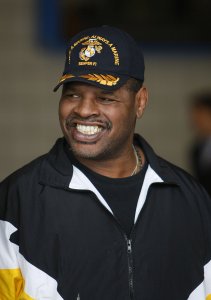 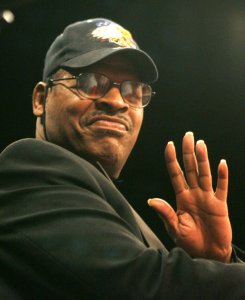 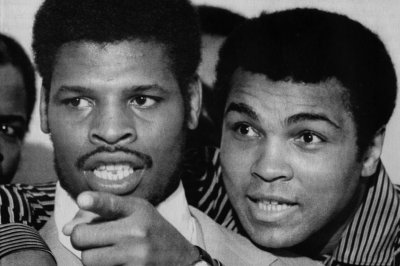 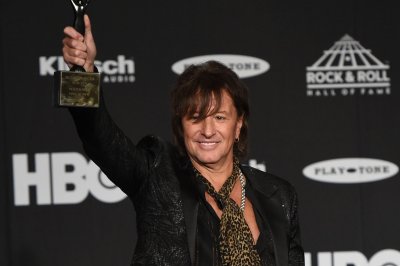 Leon Spinks (born July 11, 1953 in St. Louis, Missouri) is an American former boxer. He had an overall record of 26 wins, 17 losses and 3 draws as a professional, with 14 knockout wins. While still an amateur, he also became a member of the United States Marine Corps. Spinks went from being heavyweight champion of the world to being homeless in little more than a decade.

He won the gold medal in the light heavyweight division during the 1976 Summer Olympics in Montreal, alongside brother Michael Spinks, who also won a gold medal in those games. Two years earlier, at the inaugural 1974 World Amateur Boxing Championships in Havana, Cuba, he captured the bronze medal. His Olympic teammates included Sugar Ray Leonard, Leo Randolph and Howard Davis Jr..

He debuted professionally on January 15, 1977 in Las Vegas, beating Bob Smith by a knockout in five rounds. His next fight, his debut abroad, was in Liverpool, England where he beat Scotty Child by a knockout in the first round. A couple of fights later, he saw a slight improvement in opposition quality, when he fought Pedro Agosto of Puerto Rico and knocked him out in the first. He then drew with Scott LeDoux and beat Italian champion Alfio Riguetti by a decision.

FULL ARTICLE AT WIKIPEDIA.ORG
This article is licensed under the GNU Free Documentation License.
It uses material from the Wikipedia article "Leon Spinks."
Back to Article
/