NFL // 1 year ago
Patrick Mahomes sets Chiefs single-season passing touchdown record
It took more than half a century, but the Kansas City Chiefs finally have a new all-time leader for passing touchdowns in a season. 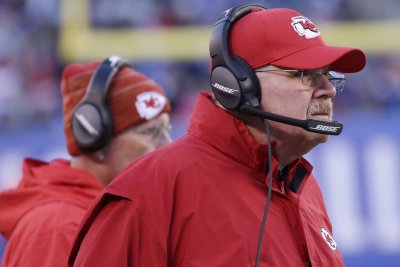 NFL // 1 year ago
Chiefs owner Hunt impressed with Reid's coaching job
KANSAS CITY, Mo. -- The Chiefs stand atop the AFC with a 7-1 record with the highest-scoring offense in the league in head coach Andy Reid's 20th season as head coach. Club chairman and CEO Clark Hunt believes this season will be the best of Reid's six campaigns with the club.

NFL // 2 years ago
Patrick Mahomes focused despite sudden success with Chiefs
Patrick Mahomes put his name in the record books with six touchdown passes against the Pittsburgh and 10 touchdown throws in the first two games of the season. 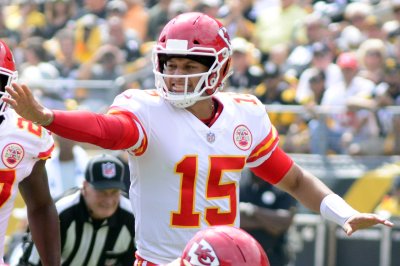 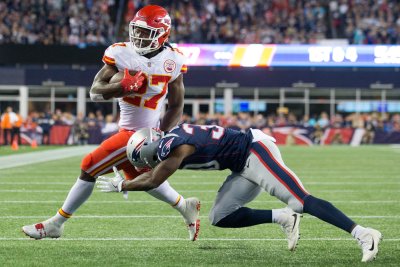 I wanted the chance to prove I could play professional football

Leonard Ray "Len" (also "Lenny") Dawson (born June 20, 1935 in Alliance, Ohio) is a former American collegiate and Professional Football quarterback who attended Purdue University and went on to play for three professional teams, most notably the Dallas Texans/Kansas City Chiefs. Dawson led the Chiefs to three American Football League Championships, and a victory in the fourth and final AFL-NFL World Championship Game, for which he won the game's MVP award. Dawson retired from Professional Football in 1975 and was inducted into the Pro Football Hall of Fame in 1987. He is sports director at KMBC-TV in Kansas City, and color analyst for the Chiefs Radio Network.

Dawson attended Alliance High School and has athletic facilities named after him.

During the recruiting process, Dawson had to choose between Ohio State University and Purdue. While he was reluctant to take over Woody Hayes' split-T offense with the Buckeyes, the true reason for his selection of Purdue stemmed from the chemistry he had established with a Boilermaker assistant coach, Hank Stram, beginning a friendship that would last for more than a half century. During three seasons with the Boilermakers, Dawson threw for over 3,000 yards, leading the Big Ten Conference in that category during each campaign. During his college career, Dawson became a member of the Alpha Tau Omega Fraternity.

FULL ARTICLE AT WIKIPEDIA.ORG
This article is licensed under the GNU Free Documentation License.
It uses material from the Wikipedia article "Len Dawson."
Back to Article
/