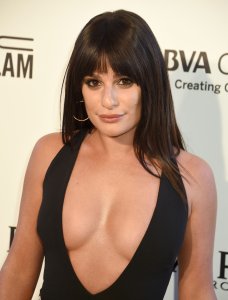 Entertainment News // 3 months ago
Lea Michele shows son Ever in photo on Randy Zeich's birthday
"Glee" actress Lea Michele shared a photo of her husband, Randy Zeich, and their son, Ever Leo, on Zeich's 39th birthday.

Entertainment News // 6 months ago
Keke Palmer celebrates Ariana Grande's role in 'Wicked' movie
Keke Palmer voiced her support for her "Scream Queens" co-star Ariana Grande and answered whether she is still in touch with Lea Michele.

TV // 1 year ago
Lea Michele apologizes to 'Glee' co-star for 'any pain' caused
Lea Michele spoke out after Samantha Marie Ware accused her of making the "Glee" set " a living hell."

What a beautiful relaxing day! Went on an awesome hike and just (got) a massage! So happy it's the weekend

Lea Michele Sarfati (born August 29, 1986), known professionally as Lea Michele, is an American actress and singer. Michele began working professionally as a child actress on Broadway in productions such as Ragtime and Les Misérables. She originated the role of Wendla in the musical Spring Awakening and currently plays Rachel Berry in the Fox television series Glee. Michele performs in the soprano range.

Michele was born in the Bronx, New York City, the daughter of Edith Sarfati, a nurse, and Marc Sarfati, a delicatessen owner. Michele's mother is Italian American and Roman Catholic, while her father is a Spanish Sephardic Jew. Michele grew up in New York City and Tenafly, New Jersey. She attended Rockland Country Day School for elementary school in New York and then Tenafly High School. Michele was home schooled one year while working in Toronto, Ontario on Ragtime. She attended Stagedoor Manor in the Catskills, a center for performing arts training. She was then later accepted to the Tisch School of the Arts at New York University, but opted instead to continue working professionally on the stage.

At eight years old, Michele went with a friend to an open call for a musical. She decided on a whim she wanted to try out. She was offered the part and made her debut on Broadway in 1995 as a replacement in the role of Young Cosette in the New York City production of Les Misérables. This was followed by her performance of the role of Tateh's daughter, the Little Girl, in the 1998 original Broadway cast of Ragtime. In 2004, Michele played Shprintze and Chava in the Broadway revival of the musical Fiddler on the Roof. She also sang on the 2003 Broadway revival cast recording of Fiddler on the Roof.

FULL ARTICLE AT WIKIPEDIA.ORG
This article is licensed under the GNU Free Documentation License.
It uses material from the Wikipedia article "Lea Michele."