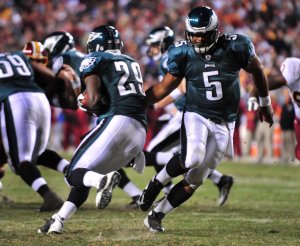 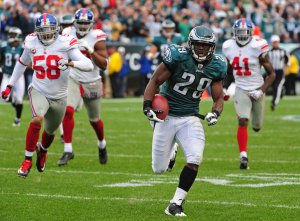 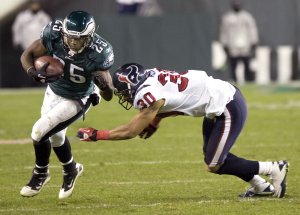 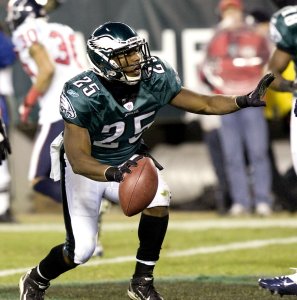 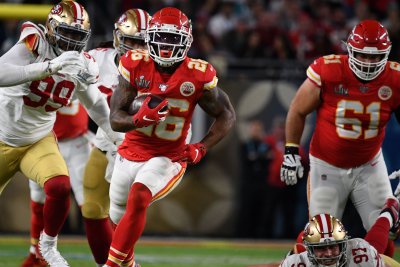 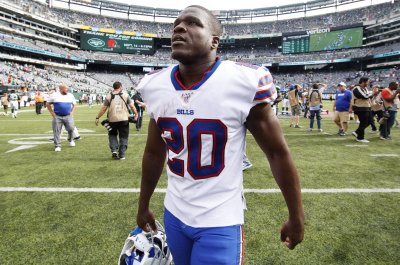 When I signed with Pitt out of prep school, I didn't know what to expect

LeSean Kamel McCoy (born July 12, 1988 in Harrisburg, Pennsylvania), nicknamed "Shady", is an American football running back for the Philadelphia Eagles of the National Football League. He was drafted by the Eagles in the second round (53rd Overall) of the 2009 NFL Draft. He played college football at Pittsburgh. His brother, LeRon McCoy, is a wide receiver for the Sacramento Mountain Lions of the new United Football League.

He attended Bishop McDevitt High School in Harrisburg, Pennsylvania. As a high school senior, he earned first team Class AAAA Associated Press All-State; as a junior he ran for 2,828 yards, scored 33 touchdowns, and earned Associated Press Class AAAA player of the year, Offensive MVP of the Mid-Penn Commonwealth Conference, 1st team Associated Press All-State. After breaking his ankle in the fourth game of his senior year, he attended prep school at Milford Academy in New Berlin, New York for the 2006–07 school year. Although he was invited to play in the Big 33 Football Classic and the U.S. Army All-American Bowl that year he ultimately did not participate in those games due to his recovery from injury.

At one point during his junior year of high school, LeSean was considered to be the top prospect in the country. During his senior season he committed to the University of Miami. After suffering the broken ankle and following a coaching change at Miami and academic difficulties at Bishop McDevitt, LeSean decided to attend prep school.

FULL ARTICLE AT WIKIPEDIA.ORG
This article is licensed under the GNU Free Documentation License.
It uses material from the Wikipedia article "LeSean McCoy."
Back to Article
/