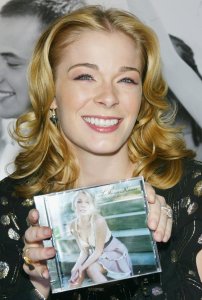 Music // 8 months ago
Aerosmith honored at MusiCares mega-concert
Rock band Aerosmith was honored as the 2020 MusiCares Person of the Year at a star-studded tribute concert in Los Angeles.

Music // 2 years ago
Tim McGraw collapses onstage in Ireland due to dehydration
Tim McGraw fell to his knees during a concert in Dublin, Ireland, after suffering from dehydration.

Top News // 4 years ago
The Almanac
On Aug. 28, 1963, Martin Luther King Jr. delivered his "I have a dream" speech from the steps of the Lincoln Memorial before more than 200,000 people gathered for a "Freedom March" in Washington.

This is a difficult time for me and my loved ones, but I appreciate all your continued support

I wish Jon was here tonight. I had a lot of fun rolling around in bed with him

Getting married is probably the best thing I've ever done

After much thoughtful mutual consideration, Deane and I have agreed to move forward with dissolving our marriage

This decision was amicable and we remain committed and caring friends with great admiration for one another. Thank you so much for all of your continued love and support -- it is deeply appreciated

LeAnn Rimes (born August 28, 1982) is an American country musician. She is known for her rich vocals and her rise to fame at the age of 13—becoming the youngest country music star since Tanya Tucker in 1972.

Rimes made her breakthrough into country music in 1996. Her debut album, Blue, reached Number 1 on the Top Country Albums chart and was certified "multi-platinum" in sales by the Recording Industry Association of America. The album's lead single of the same name (originally intended to be recorded by Patsy Cline in the early 1960s) became a Top 10 hit. With immediate success, Rimes attained widespread national acclaim for her similarities to Cline's vocal style. When Rimes released her sophomore studio effort in 1997, You Light up My Life: Inspirational Songs, Rimes went more towards country pop material, which would set the trend for a string of albums that would be released into the next decade.

Since her debut, Rimes has won many major industry awards, which include two Grammys, three ACMs, one CMA, twelve Billboard Music Awards, and one American Music award. In addition, Rimes has also released ten studio albums and four compilation albums through her record label of 13 years, Asylum-Curb, and placed over 40 singles on American and international charts since 1996. She has sold over 37 million records worldwide, with 20.3 million album sales in the United States according to Nielsen SoundScan.

FULL ARTICLE AT WIKIPEDIA.ORG
This article is licensed under the GNU Free Documentation License.
It uses material from the Wikipedia article "LeAnn Rimes."
Back to Article
/