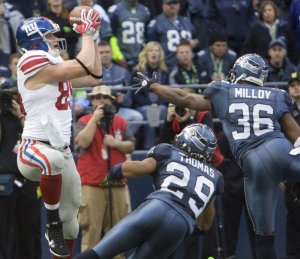 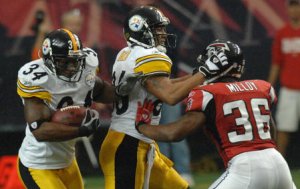 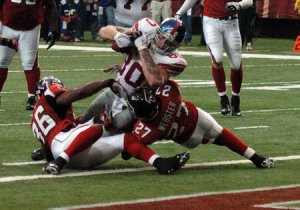 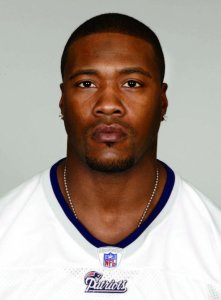 College Football // 5 years ago
2016 Peach Bowl: No. 1 Alabama dominates No. 4 Washington to reach title game
ATLANTA -- Unbeaten Alabama is one victory away from a second straight national championship.

I guess I'd rather have the judge as the gatekeeper than the jury, because I think the judge is more likely to make a better decision

I made the Wheaties box! That's sweet. No. 36. I can't even tell you guys how this feels

Lawyer Milloy (born November 14, 1973 in St. Louis, Missouri) is an American football strong safety who is currently a free agent of the National Football League. Milloy was a member of the Patriots Super Bowl XXXVI championship team .

Milloy attended Lincoln (Tacoma, WA) High School and excelled in football, baseball and basketball. He earned Parade All-American honors his senior year after rushing for 1,056 yards and 15 touchdowns as a tailback and intercepting seven passes as a safety, and was a three-time All-Narrows League choice and was considered the top prep prospect in the state his senior year. Milloy was drafted by the Cleveland Indians as a pitching prospect out of high school and lettered three seasons in baseball at the University of Washington . Also was drafted by the Detroit Tigers in the 19th round of the 1995 MLB Draft . In 1994, he played baseball on a Washington team that played Georgia Tech in the College World Series regional finals, that team featured current Red Sox Jason Varitek and Dodger Nomar Garciaparra .

He attended the University of Washington ,where was one of the dominant defenders in the Pac-10 as a junior , starting all year at free safety and leading the team in tackles for the second consecutive season with 115 stops in addition to tallying 3 forced fumbles, 1 fumble recovery and one interception. In 1995, earned Parade All-American honors and first-team All-American honors by Associated Press, Walter Camp, UPI , the American Football Coaches Association, the Football Writers Association and the Football News . Milloy was a finalist for the Jim Thorpe Award , also earned first-team All Pac-10 honors.He was the only sophomore in the Pac-10 to earn all-conference honors as he led the team and finished third in the Pac-10 with 106 tackles (67 solos), he became the first Husky defensive back to lead the team in tackles since Tony Bonwell , recorded 142 tackles in 1972 , also credited with an interception, 2 forced fumbles and 1 recovery.

FULL ARTICLE AT WIKIPEDIA.ORG
This article is licensed under the GNU Free Documentation License.
It uses material from the Wikipedia article "Lawyer Milloy."