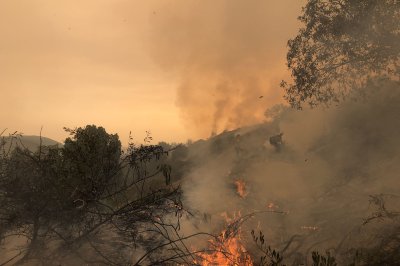 Health News // 3 years ago
Repeated head hits, not concussions, may lead to brain damage, study says
Repeated hits to the head lead to chronic traumatic encephalopathy, or CTE, even without a concussion, according to new research from a seven-year study.

When you heat the planet, you increase the ability of the atmosphere to hold moisture

A thorough understanding of spore germination is important for the development of new countermeasures that identify the earliest stages of a wide range of spore mediated diseases, including botulism, gas gangrene and pulmonary anthrax

We're talking about a mineral that forms around 3,000 degrees Kelvin, which means it formed close to the hot infant star

LLNL is self-described as "a premier research and development institution for science and technology applied to national security." Its principal responsibility is ensuring the safety, security and reliability of the nation’s nuclear weapons through the application of advanced science, engineering and technology. The Laboratory also applies its special expertise and multidisciplinary capabilities to preventing the proliferation and use of weapons of mass destruction, bolstering homeland security and solving other nationally important problems, including energy and environmental security, basic science and economic competitiveness.

LLNL is home to many unique facilities and a number of the most powerful computer systems in the world, according to the TOP500 list, including Blue Gene/L, the world's fastest computer from 2004 until Los Alamos National Laboratory's IBM Roadrunner supercomputer surpassed it in 2008. The Lab is a leader in technical innovation: since 1978, LLNL has received a total of 118 prestigious R&D 100 Awards, including five in 2007. The awards are given annually by the editors of R&D Magazine to the most innovative ideas of the year.

FULL ARTICLE AT WIKIPEDIA.ORG
This article is licensed under the GNU Free Documentation License.
It uses material from the Wikipedia article "Lawrence Livermore."
Back to Article
/