Top News // 1 month ago
The Almanac
On Jan. 14, 1969, a series of explosions aboard the nuclear aircraft carrier USS Enterprise off Hawaii killed 27 men. 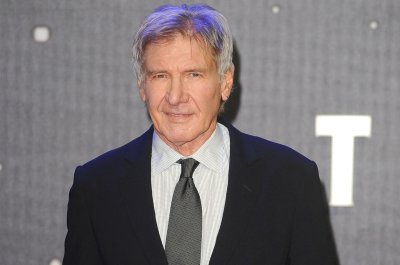 Movies // 2 years ago
'Indiana Jones 5' with Harrison Ford and Steven Spielberg delayed
A fifth entry in the "Indiana Jones" series has been delayed.

Top News // 4 years ago
The Almanac
On Jan. 14, 1963, George Wallace was inaugurated as the governor of Alabama, promising his followers, "Segregation now, segregation tomorrow, segregation forever!"

Who of us hasn't had a paper which is due in college that, in desperation, you write yourself into your paper and your paper becomes about your difficulties about writing the paper, just praying that the professor hasn't seen 10 others like it that semester

Kasdan was born in Miami, Florida. He was raised in Morgantown, West Virginia, where he graduated from Morgantown High School in 1966.

He graduated from the University of Michigan with an MA in Education, originally planning on a career as an English teacher. He was a student of Professor Kenneth Thorpe Rowe. Upon graduation, Kasdan was unable to find a teaching position, so he became an advertising copywriter, a profession he found so loathsome he refused to bring a second child into the world until he escaped it. Still, he labored at it for five years (even picking up a Clio Award along the way), first in Detroit and later in Los Angeles where he tried to interest Hollywood in his screenplays.

FULL ARTICLE AT WIKIPEDIA.ORG
This article is licensed under the GNU Free Documentation License.
It uses material from the Wikipedia article "Lawrence Kasdan."
Back to Article
/