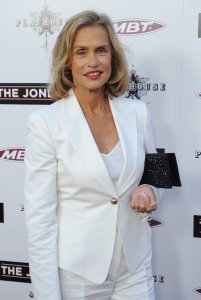 Knowing that one in two women die from heart disease, it is important to understand the risk factors for women and seek treatment immediately

Lauren Hutton (born November 17, 1943) is an American model and actress. She is best known for her starring roles in the movies American Gigolo and Lassiter, and also for her fashion modeling career.

Hutton was born Mary Laurence Hutton in Charleston, South Carolina. Lauren (known as Mary Hall in high school) graduated from Tampa Chamberlain HS in 1961. She became one of the first students to attend the University of South Florida in Tampa, Florida, in 1960, but later she transferred to Tulane University, where she graduated with a bachelor of arts degree in 1964.

As an actress, Hutton made her film debut in the Paper Lion (1968), and she won notices for her performances in James Toback's The Gambler (1974), opposite James Caan. She also starred in John Carpenter's TV movie Someone's Watching Me! (1978) and played the wealthy adventurous adulteress in American Gigolo (1980). Important roles in major films were relatively few, however, and her acting career diminished during the 1980s, with most of her appearances being in minor European features or American films that fizzled at the box office, such as Lassiter (1984), Once Bitten (1985), and Guilty as Charged (1992). Hutton's modeling career was revived in the 1990s, and more acting offers followed.

FULL ARTICLE AT WIKIPEDIA.ORG
This article is licensed under the GNU Free Documentation License.
It uses material from the Wikipedia article "Lauren Hutton."
Back to Article
/