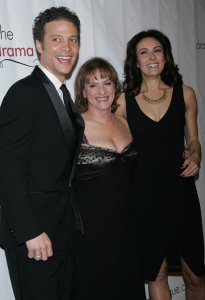 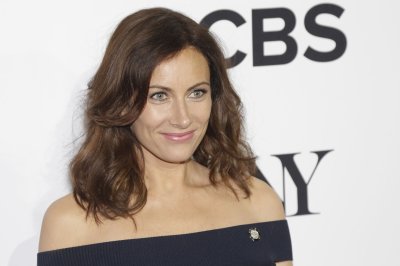 TV // 3 years ago
Erica Durance replaces Laura Benanti as Alura in 'Supergirl'
Laura Benanti has left "Supergirl" after two seasons and will be replaced in the role of the title character's mother Alura by Erica Durance for Season 3.

I have never moved so quickly in all my life. I almost knocked the camera guy over

Laura Benanti (born July 15, 1979) is an American actress of television, film and Broadway theatre noted for her award winning performance as Louise in the 2008 production of Gypsy.

Benanti was born in New York City, the daughter of Linda Wonneberger, a vocal coach and former actress, and Martin Vidnovic, a Broadway actor and singer. She is of Yugoslavian-German-Irish-Native American heritage. When quite young, her parents divorced and she moved to Kinnelon, New Jersey with her mother and her stepfather Salvatore Benanti, a psychotherapist, whose name she took and whom she has referred to as her father.

Benanti remembers being "very serious" and "a bit of an ugly duckling" as a child, and was intensely interested in musical theatre, which distanced her from other children. (In 2008, Benanti told The New York Times that she drew on this loneliness in her portrayal of the neglected Louise in Gypsy.) Though her parents refused to let Laura audition for professional theatre, Laura appeared in several high school and community productions, including Evita (as Peron's mistress), Follies (as Young Heidi), and Into the Woods (as Cinderella). At 16, Benanti played the title role in her high school production of Hello, Dolly! and won a Paper Mill Playhouse Rising Star Award for Outstanding Actress in a high school production. She graduated from Kinnelon High School in 1997.

FULL ARTICLE AT WIKIPEDIA.ORG
This article is licensed under the GNU Free Documentation License.
It uses material from the Wikipedia article "Laura Benanti."
Back to Article
/