Music // 1 year ago
Britney Spears' manager not sure 'if or when' she will work again
Britney Spears' longtime manager Larry Rudolph has clarified comments he made recently about her career, stating that he doesn't know if or when she might perform again.

Music // 2 years ago
Britney Spears to end Las Vegas residency with NYE performance
Britney Spears will bring her "Piece of Me" show to a close by taking part in "Dick Clark's New Year's Rockin Eve." 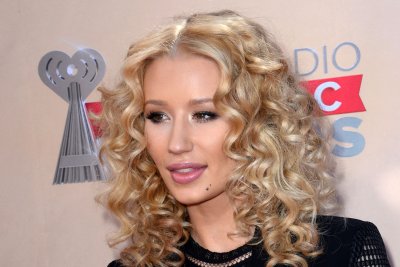 She has this nervous energy. She's got this way of channeling it

The story is absolutely untrue. She is in rehab, and it is very disappointing that various media outlets are running these false stories about her, as Britney tries to get better

She had been traveling all day. She got real tired. It was a late night for her

Larry Rudolph is a personal manager. He is known to be the person who discovered and managed the then-unknown Britney Spears from 1999-2004 and a brief period in 2007, and as of 2008 is once again. Rudolph has also at one time or another represented music artists such as Ashley Parker Angel, Justin Timberlake, 98 Degrees, Nick Lachey, The Backstreet Boys, Jessica Simpson, O-Town, Toni Braxton, Brooke Hogan and DMX, and currently up and coming rock act Adelitas Way. He is the founder of Reigndeer Entertainment through which he has produced the movie Crossroads and two reality series: Newlyweds, and There and Back. In addition to Reigndeer Entertainment, Larry Rudolph has recently founded Total Entertainment and Arts Marketing with entertainment marketer Nicole Winnaman. The company will work with clients such as Avril Lavigne, Britney Spears, Madonna, Bon Jovi and many more.

FULL ARTICLE AT WIKIPEDIA.ORG
This article is licensed under the GNU Free Documentation License.
It uses material from the Wikipedia article "Larry Rudolph."
Back to Article
/