College Football // 1 year ago
No. 1 Alabama looks to remain on roll in rivalry with Tennessee
University of Alabama running back Josh Jacobs couldn't help himself.

College Football // 1 year ago
No. 16 UCF faces Florida Atlantic after unexpected bye
In what has become an annual occurrence in recent years, Central Florida will be coming off an unexpected weekend off when the No. 16 Knights host Florida Atlantic (2-1) Friday night. 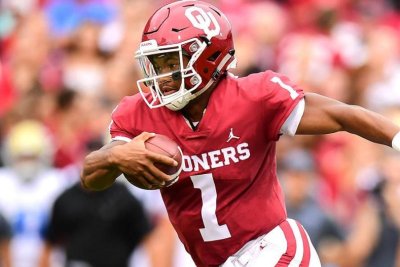 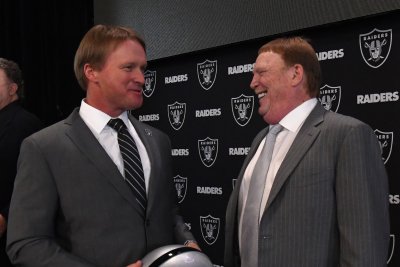 NFL // 2 years ago
Gruden: Lack of coaching continuity has hurt Raiders
Jon Gruden said that a lack of organizational continuity has led to poor records for the Oakland Raiders since his previous head coaching stint ended with the club.

NFL // 2 years ago
Report: Oakland Raiders to hire Tom Cable as offensive line coach
Tom Cable is on the verge of returning to the Bay Area.

College Football // 2 years ago
Cotton Bowl preview, what to watch for: Ohio State Buckeyes, USC Trojans clash in Texas
No. 5 Ohio State and No. 8 USC stated convincing cases for inclusion in the College Football Playoff at the conclusion of their conference championship-winning seasons.

LaMont won't be here and we won't be fining him

As I have said before, we always have been committed to following NCAA rules and bylaws both at Tennessee and now at USC, and we always will be

As we continue to find ways to build and improve upon our team through our evaluation process, it was imperative that LaMont and Ronald were on board

Lane Monte Kiffin (born May 9, 1975) is the current head coach of the University of Southern California Trojans college football team. He was previously the head coach of the Tennessee Volunteers college football team, the Oakland Raiders of the NFL, and the offensive coordinator for the Trojans. He is the son of longtime NFL defensive coordinator Monte Kiffin, who serves as his assistant head coach.

Kiffin also worked as a Graduate Assistant for one year at Colorado State University. In 1999, while he was working with the offensive line, the Rams played in the Liberty Bowl that season. Kiffin secured a job with the Jacksonville Jaguars as a quality control assistant for one year. He was then hired by Pete Carroll as a tight ends coach at USC.

FULL ARTICLE AT WIKIPEDIA.ORG
This article is licensed under the GNU Free Documentation License.
It uses material from the Wikipedia article "Lane Kiffin."
Back to Article
/