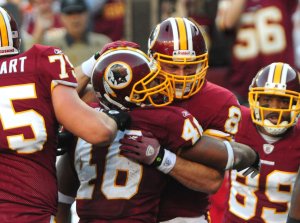 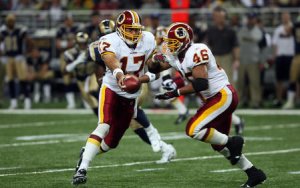 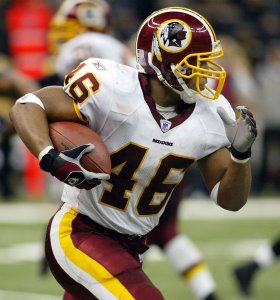 Matthew Ladell Betts (born August 27, 1979 in Kansas City, Kansas) is an American football running back for the New Orleans Saints. He was drafted by the Washington Redskins in the second round of the 2002 NFL Draft. He played college football at Iowa.

Betts grew up as an only child with a single mother who worked two and three jobs to make ends meet. He and his mother moved from Kansas City, Missouri, to the suburb of Blue Springs when Betts was a child, but he remained very close to his father who has always been an active influence on Ladell over the years. He attended Blue Springs High School, where he would become a football star.

Betts, who was also a sprinter in high school, gained 1,813 yards and had 34 touchdowns as a high school junior. As a senior, he rushed for 2,183 yards and 32 touchdowns while playing most of the season with a broken right hand. Betts, who led his team to a 10-1 record, was named USA Today's Missouri Player of the Year after earning first team all-state and all-metro honors. He also earned the Thomas Simone Award, which goes to the best high school player in the Kansas City area, and was named a Parade and SuperPrep All-American.

FULL ARTICLE AT WIKIPEDIA.ORG
This article is licensed under the GNU Free Documentation License.
It uses material from the Wikipedia article "Ladell Betts."
Back to Article
/