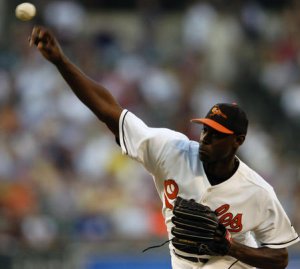 NFL // 3 years ago
Patrick Mahomes drawing comparisons to Aaron Rodgers, Ben Roethlisberger
Could the next franchise quarterback be right under our noses for the 2017 NFL Draft?

Sports News // 4 years ago
Toronto Blue Jays pound out 11-5 win over New York Yankees
NEW YORK -- Catcher Russell Martin described the Toronto Blue Jays' offense as being "one after another."

Sports News // 4 years ago
Danny Salazar strikes out 10 as Cleveland Indians defeat Toronto Blue Jays
TORONTO -- David Price had done nothing but win since joining the Toronto Blue Jays in a trade on July 30. 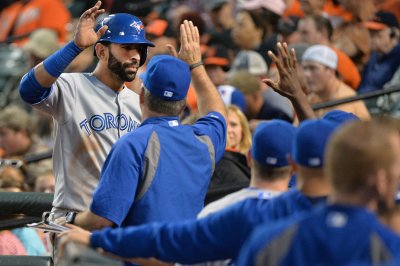 Sports News // 4 years ago
Behind Mark Buehrle, Toronto Blue Jays complete sweep of Minnesota Twins
TORONTO -- Mark Buehrle admitted that he did not feel so great on the mound Thursday.

Hawkins was drafted straight out of high school by the Minnesota Twins in the 1991 amateur draft, and spent the next four years in the Twins' minor league system. His major league debut early in the 1995 season was a disastrous start against the Baltimore Orioles, where he gave up seven earned runs in only an inning and two thirds of work. Hawkins bounced between the big league club and Salt Lake of the PCL over the next few years, finally landing in the Twins' bullpen permanently in 1998. He was also the opposing starting pitcher during the perfect game by Yankees pitcher David Wells on May 17, 1998.

Sporting a mid-90s fastball, Hawkins was used by the Twins as their closer during the 2000 and 2001 seasons, but eventually lost the job to Eddie Guardado. In the set-up role, Hawkins drew the attention of the league when he posted a 2.13 ERA in 2002. He fared even better in 2003, when his ERA dropped to 1.86 and he struck out 75 batters in just 77 and 1/3 innings. Hawkins became a free agent after the 2003 season.

FULL ARTICLE AT WIKIPEDIA.ORG
This article is licensed under the GNU Free Documentation License.
It uses material from the Wikipedia article "LaTroy Hawkins."
Back to Article
/