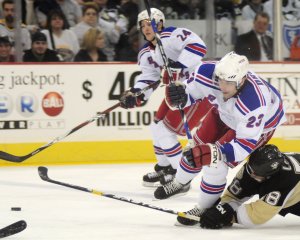 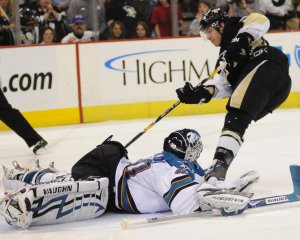 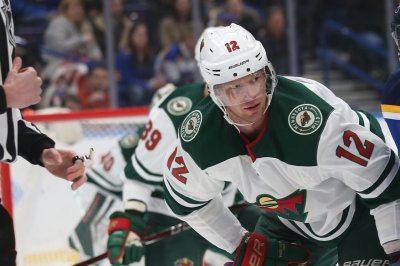 NHL // 1 year ago
Hot-and-cold Wild travel to face Penguins
For the Minnesota Wild, the goals have been coming in bunches and then barely coming at all. They are in the latter category lately.

NHL // 1 year ago
Penguins juggling emotions as they return home to face Isles
It's pretty straightforward for the New York Islanders (5-4-1). They can extend their winning streak to three games, their point streak to four games and stay above .500 with a win Tuesday against Pittsburgh at PPG Paints Arena. 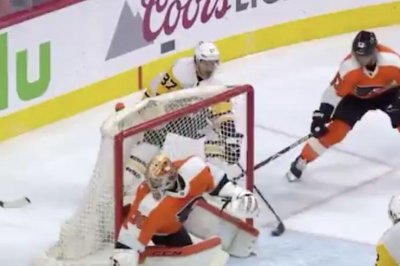 NHL // 2 years ago
Flyers hope to ride newfound momentum vs. Penguins
Like the goalie-masked character in the endless series of slasher films, the Philadelphia Flyers rose from the dead to even their best-of-seven series against the Pittsburgh Penguins with a 5-1 victory on Friday the 13th.

NHL // 2 years ago
Pittsburgh Penguins outlast Columbus Blue Jackets in shootout
Patience is something that was in scant supply for the Pittsburgh Penguins, the defending Stanley Cup champions who thought they should be playing better and winning more.

NHL // 2 years ago
Pittsburgh Penguins lose Murray to injury but beat Philadelphia Flyers
Sidney Crosby scored at 1:48 of overtime Monday night at PPG Paints Arena to give Pittsburgh a 5-4 win.

I'm wondering how it's going to come out, obviously, and if I do any stupid thing on there

Kristopher Allen Letang (born April 24, 1987) is a French Canadian professional ice hockey defenceman currently playing for the Pittsburgh Penguins of the National Hockey League (NHL). He played junior in the Quebec Major Junior Hockey League (QMJHL) for three seasons, during which time he was selected 62nd overall by the Penguins in the 2005 NHL Entry Draft. In his second full NHL season, Letang won the Stanley Cup with Pittsburgh. Internationally, he has competed for Canada at the under-18 and under-20 levels, winning back-to-back gold medals at the World Junior Championships in 2006 and 2007. He is known as an offensive defenceman.

Letang played major junior for the Val-d'Or Foreurs of the QMJHL for three seasons. After recording 32 points in his junior rookie season, he was named to the QMJHL and the CHL All-Rookie Team. That summer, he was drafted in the 3rd round, 62nd overall, in the 2005 NHL Entry Draft by the Pittsburgh Penguins. The next season, a 68-point effort in just 60 games earned him QMJHL First Team All-Star honours.

Making the Penguins out of training camp, Letang made his NHL debut in the 2006–07 season. He scored his first NHL goal in his third game, against Rick DiPietro of the New York Islanders in a 6-5 win. However, after two goals in seven games, Letang was scratched twice and then returned to Val-d'Or for further development. Playing in his third season with Val-d'Or, Letang led the Foreurs to the 2007 QMJHL Finals with 31 points in the post-season, only to be swept by Lewiston in four games. Upon the Foreurs' elimination, he was assigned to the Wilkes-Barre/Scranton Penguins of the American Hockey League (AHL), who was in the second round of the Calder Cup playoffs, and recorded an assist in his only game. At the season's end, he was the recipient of three major QMJHL awards. In addition to receiving the Emile Bouchard Trophy, as the best defenceman, and the Paul Dumont Trophy, as the best personality, Letang also received the Kevin Lowe Trophy, as the best defensive defenceman, indicative of Letang's abilities on both ends of the ice.

FULL ARTICLE AT WIKIPEDIA.ORG
This article is licensed under the GNU Free Documentation License.
It uses material from the Wikipedia article "Kris Letang."
Back to Article
/