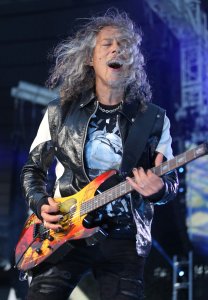 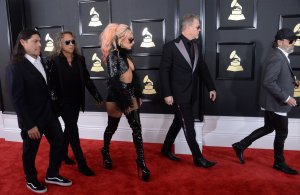 A lot of people would have gone with a '50s car. But I always had my eye on those Ford coupes from the '30's. Just the way those rear wheel wells look. It's a good-looking sled, man

This is the first time in our 22-year history that Metallica have canceled a tour, and we are beyond disappointed

That aspect kind of surprised me and scared me a little

Kirk Lee Hammett (born November 18, 1962) is the lead guitarist and a songwriter in the band Metallica and has been a member of the band since 1983. Before joining Metallica he formed and named the band Exodus. In 2003 Hammett was ranked 11th in Rolling Stone's list - The 100 Greatest Guitarists of All Time.

As a child and teenager, Hammett showed great interest in his older brother Rick's extensive collection of records. One of his biggest musical influences was Jimi Hendrix, and Hammett was quoted as saying he wanted to be Hendrix. Hammett has also been known to perform parts of Hendrix's songs during his guitar solos.

FULL ARTICLE AT WIKIPEDIA.ORG
This article is licensed under the GNU Free Documentation License.
It uses material from the Wikipedia article "Kirk Hammett."
Back to Article
/