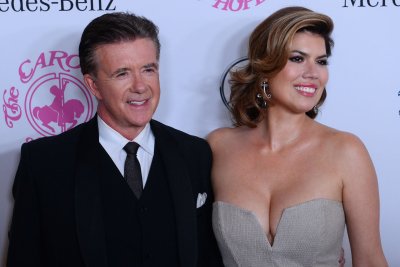 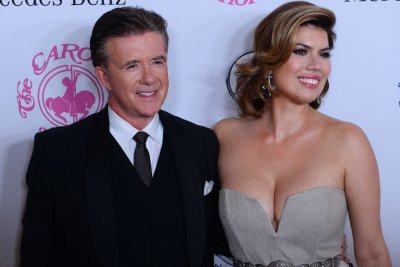 Entertainment News // 4 years ago
Alan Thicke remembered at memorial attended by Leonardo DiCaprio, Kirk Cameron and Bob Saget
The cast of "Growing Pains" paid tribute to Alan Thicke Sunday during a memorial service that was also attended by other celebrities. 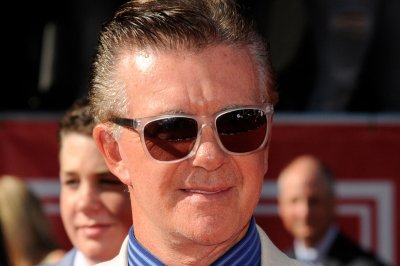 Entertainment News // 4 years ago
Celebrities react to Alan Thicke's shocking death at 69
Recording artist Robin Thicke is remembering his late father Alan as "the greatest man I ever met."

Top News // 4 years ago
The Almanac
On Oct. 12, 1984, British Prime Minister Margaret Thatcher escaped injury in the bombing of a hotel in Brighton, England. Four people were killed in the attack, blamed on the Irish Republican Army.

Movies // 6 years ago
'Blended,' 'Million Ways to Die,' 'Expendables 3' rack up Razzie nods
"Blended," "The Expendables 3" and "Kirk Cameron's Saving Christmas" have earned Razzie Award nominations for the worst in film for 2014.

Kirk Thomas Cameron (born October 12, 1970) is an American actor best-known for his role as Mike Seaver on the television situation comedy Growing Pains (1985 - 1992), as well as several other television and film appearances as a child actor. In the 1980s and 1980s, Cameron appeared in dozens of television shows and in the films Like Father Like Son and Listen to Me.

Recently, he portrayed Cameron "Buck" Williams in the Left Behind film series and Caleb Holt in the 2008 drama film, Fireproof. Cameron is also an active Christian evangelist, currently partnering with Ray Comfort in the evangelical ministry The Way of the Master, and has co-founded The Firefly Foundation with his wife, actress Chelsea Noble.

Cameron was born on October 12, 1970, in Panorama City, California. His parents are Robert Cameron, a retired school teacher, and Barbara Bausmith, a stay-at-home mom. He is the brother to Bridgette, Melissa, and Candace Cameron, who is most notable for the role of D.J. Tanner on the television sitcom, Full House. He went to school on the set of Growing Pains, as opposed to a normal school. He graduated at age 17 with high honors.

FULL ARTICLE AT WIKIPEDIA.ORG
This article is licensed under the GNU Free Documentation License.
It uses material from the Wikipedia article "Kirk Cameron."
Back to Article
/