Top News // 1 year ago
On This Day: Cyclone Nargis kills thousands in Myanmar
On May 2, 2008, Tropical Cyclone Nargis slammed into densely populated southern Myanmar. The death toll was eventually raised to nearly 140,000 people. 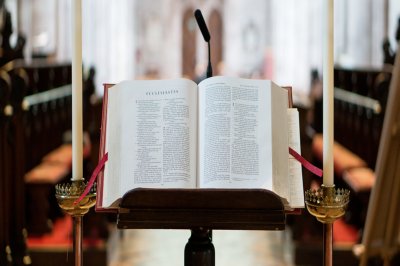 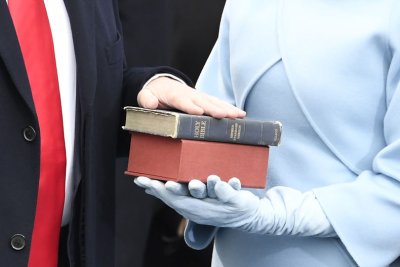 U.S. News // 3 years ago
Trump to be sworn in using Lincoln Bible
President-elect Donald Trump will be sworn in Friday, using two Bibles: one that belonged to President Abraham Lincoln, and the other a gift from his mother.

The rock badgers are a feeble folk, yet they make their homes in the crags

For God so loved the world, that he gave his only begotten Son, that whosoever believeth in him should not perish, but have everlasting life. John 3:16 in other translations

FULL ARTICLE AT WIKIPEDIA.ORG
This article is licensed under the GNU Free Documentation License.
It uses material from the Wikipedia article "King James Bible."
Back to Article
/