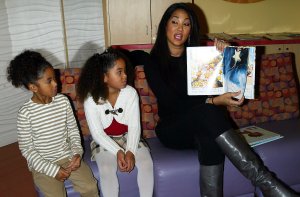 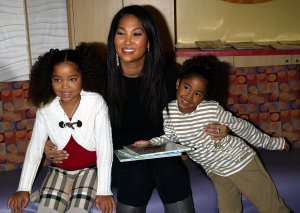 Top News // 4 years ago
The Almanac
On May 4, 1942, the Battle of the Coral Sea began. It was a turning point for the Allies in World War II.

Kimora Lee Simmons (born Kimora Lee Perkins on May 4, 1975) is an American fashion model, author, and the president and Creative Director for Phat Fashions. Formerly the Creative Director of Baby Phat, Simmons became CEO of Phat Fashions after ex-husband Russell Simmons stepped down. A 2007 reality television show, Kimora: Life in the Fab Lane, focuses on her life as a mother and CEO of Phat Fashions. She has appeared in music videos and was a judge on the first season of America's Next Top Model.

Growing up in the northern St. Louis suburb of Florissant, Missouri, Simmons was the target of schoolyard bullies and teasing, because of her height and Asian ancestry. By the time she was 10 years old, she was 5-feet 10-inches tall, There was no Asian influence or population in her community. She had difficulty fitting in with black students at her school, but had a much easier time fitting in with white students. Simmons' mother enrolled her daughter in a modeling class when she was eleven years old. Two years later, at the age of thirteen, she was discovered by Marie-Christine Kollock (a representative for seminal Paris Agency Glamour) at a Model Search in St. Louis (organized by Kay Mitchell) and sent to Paris. Simmons was awarded an exclusive modeling contract with Chanel and just after her thirteenth birthday, to work under the tutelage of famed Chanel designer Karl Lagerfeld.

FULL ARTICLE AT WIKIPEDIA.ORG
This article is licensed under the GNU Free Documentation License.
It uses material from the Wikipedia article "Kimora Lee Simmons."