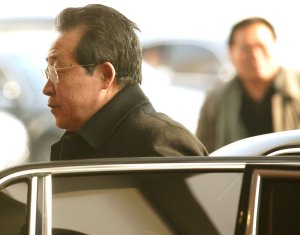 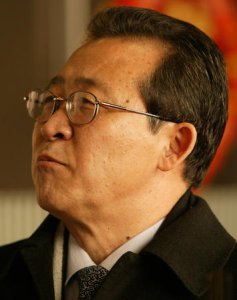 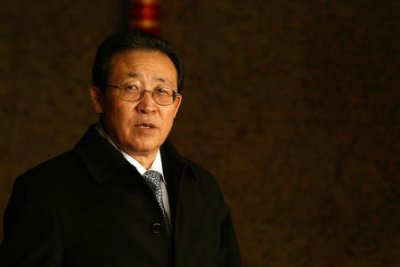 World News // 1 year ago
North Korea responds to Trump's tweet: 'No concessions'
North Korea responded to U.S. President Donald Trump on Monday, a day after Trump had tweeted "See you soon!" in a message that appeared to be addressing the North Korean leader.

World News // 2 years ago
High-level U.S., North Korea meeting not canceled despite uncertainty
The United States and North Korea have yet to call off a weekend meeting in Singapore.

World News // 2 years ago
More than 80 percent of Americans unsure about Trump, Kim summit
Most Americans are skeptical the June 12 summit between U.S. President Donald Trump and Kim Jong Un will lead to the end of Pyongyang's nuclear weapons program.
World News // 3 years ago
Report: North Korea, ex-U.S. officials to meet for informal talks
Former U.S. officials and North Korean diplomats could soon meet for a round of informal talks known as Track 1.5, a Japanese newspaper reported. 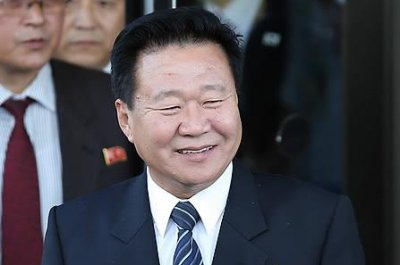 I believe North Korea-U.S. relations will improve as now is the time for all countries to reconcile

Kim Gye Gwan (b. July 6, 1943 in North Pyongan) is a North Korean diplomat. His official position is First Vice Minister of the Ministry of Foreign Affairs, to which he was promoted (from just Vice Minister) immediately before the Korean Workers' Party Congress of 28 September 2010. He is the leading figure in international talks over the country's nuclear weapons program, including the six-party talks in Beijing.

North Korea agreed 2007-02-13, with the help of Kim Kye Gwan, to disarm their nuclear program. This includes shutting down its nuclear reactor and eventually dismantling its atomic weapons program, just four months after the communist state shocked the world by testing a nuclear bomb. Kim Kye Gwan is North Korea's leading spokesperson and head negotiator in matters concerning the North's nuclear ambitions, and will most likely enter the limelight for his role in facilitating North Korea's Nuclear Disarmament deal struck in February.

Kim met with Christopher Hill, the U.S. assistant secretary of state, when Hill visited Pyongyang in June 2007, afterwards announcing that North Korea would promptly shut down its Yongbyon nuclear facility.

FULL ARTICLE AT WIKIPEDIA.ORG
This article is licensed under the GNU Free Documentation License.
It uses material from the Wikipedia article "Kim Kye Gwan."
Back to Article
/