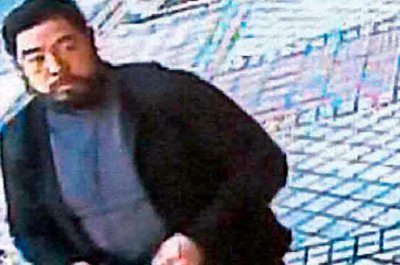 World News // 11 months ago
Anti-North Korea group Free Joseon calls for release of ex-U.S. Marine
The anti-Pyongyang group that has been identified as a North Korea government-in-exile is calling for the release of a suspect linked to a raid on the North Korean Embassy in Spain.

World News // 1 year ago
Vietnamese woman freed in killing of Kim Jong Un's half brother
A Vietnamese woman originally accused of assassinating Kim Jong Nam, the half-brother of North Korea's leader Kim Jong Un in 2017, has been released from jail in Malaysia. 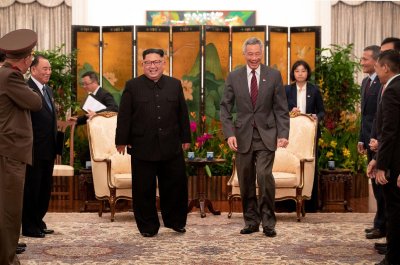 Kim Jong-nam (Korean: 김정남, Hanja: 金正男) (born May 10, 1971), is the eldest son of Kim Jong-Il, ruler of the Democratic People's Republic of Korea. From roughly 1998 to 2001, he was widely considered to be the heir-apparent to his father and the next leader of North Korea. Following a much-publicized botched attempt to secretly visit Japan's Disneyland in May 2001, he was thought to have fallen out of favor with his father. Kim Jong-nam's younger half-brother Kim Jong-un was named heir apparent in September 2010.

Kim was born in Pyongyang, to Song Hye-rim, one of three women known to have had children with Kim Jong-il. Because Kim Jong-il aimed to keep his affair with Song a secret due to the disapproval of his father Kim Il-sung, he initially kept Jong-nam out of school, instead sending him to live with Song's older sister Song Hye-rang, who tutored him at home. In 1996 Kim Jong-nam entered an elite school for the children of Korean Workers' Party (KWP) leaders.

Kim Jong-nam is reported to have a personality similar to that of his father, and has been described by his aunt as being "hot tempered, sensitive, and gifted in the arts." The same aunt also said in 2000 that Jong-nam "does not wish to succeed his father." Like Kim Jong-il, he is interested in film: he has written scripts and shot films since he was young. His father also created a small movie set for him to use.

FULL ARTICLE AT WIKIPEDIA.ORG
This article is licensed under the GNU Free Documentation License.
It uses material from the Wikipedia article "Kim Jong Nam."
Back to Article
/