College Football // 2 years ago
Ohio State takes on Tulane in Meyer's return
COLUMBUS, Ohio -- Urban Meyer is back, but everything else will pretty much stay the same this week for Ohio State.

College Football // 2 years ago
Day earns OC promotion, stays at Ohio State
Despite reports that Ryan Day was under consideration to become the Tennessee Titans' offensive coordinator, Ohio State announced Tuesday that Day will remain on the Buckeyes' coaching staff and has been promoted to offensive coordinator. 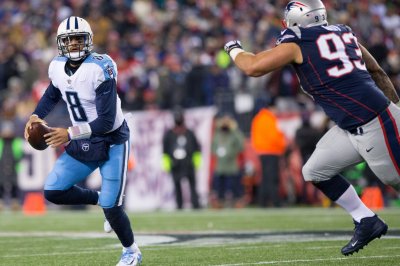 NFL // 2 years ago
Report: Tennessee Titans may bring in Day as OC
New Tennessee Titans head coach Mike Vrabel is considering an assistant from his alma mater to be his offensive coordinator, according to an ESPN report Sunday. 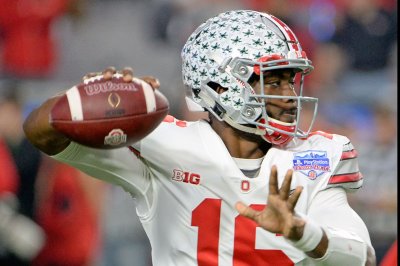 College Football // 3 years ago
Ohio State Buckeyes start slow, step on gas to throttle Indiana Hoosiers
BLOOMINGTON, Ind. -- J.T. Barrett threw for 304 yards and three touchdowns and ran for a score to help No. 2 Ohio State to a 49-21 victory over Indiana on Thursday night in a season opener for the Big Ten teams.

It's like what you'd see on the cable TV show 'Animal Planet,' the lion goes after the most vulnerable, the one they have the best chance of getting

What we concluded is that psychopathy is associated with a kind of 'predatory memory,

If they're not available to the researchers, then they might as well not exist

1 Senior club appearances and goals counted for the domestic league only. * Appearances (Goals)

Kevin James Wilson (born 19 April 1961) is an English-born Northern Irish former footballer who played as a striker. Born in Banbury, At club level, he played for Derby, Ipswich, Chelsea, Notts County, Bradford City, Walsall, and Northampton Town. At international level, Wilson played for Northern Ireland 42 times, scoring six goals. He is a former manager of Northampton Town, Bedford Town, Kettering Town and Hucknall Town. He was the manager of Corby Town until January 2008.

FULL ARTICLE AT WIKIPEDIA.ORG
This article is licensed under the GNU Free Documentation License.
It uses material from the Wikipedia article "Kevin Wilson."
Back to Article
/