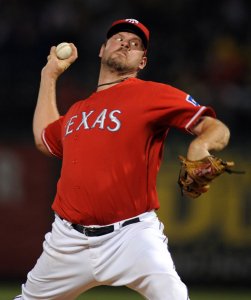 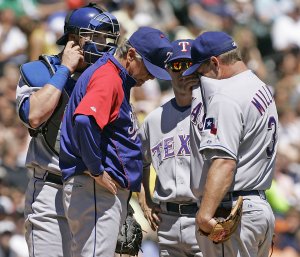 When I threw the ball, I never saw (Grissom) hit it

Millwood graduated from Bessemer City High School in North Carolina. He has a ballpark named for him in Bessemer City, where little league baseball games are held. He was known at school as "El Diablo".

Millwood was drafted by the Atlanta Braves in the 11th round of the 1993 Major League Baseball Draft. After a couple of years in the minors, Millwood made his debut with the Atlanta Braves on July 14, 1997. A year later, he won 17 games. Millwood formed a part of the Braves' star pitching rotation, which also consisted of Greg Maddux, John Smoltz and Tom Glavine, which at that time was regarded by many as the best in the National League.

FULL ARTICLE AT WIKIPEDIA.ORG
This article is licensed under the GNU Free Documentation License.
It uses material from the Wikipedia article "Kevin Millwood."