U.S. News // 3 years ago
Baltimore officer killed day before scheduled testimony in cop corruption case
A Baltimore police officer who was fatally shot last week was scheduled to testify in front of a federal grand jury against fellow officers the next day. 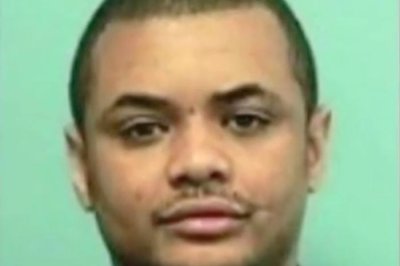 U.S. News // 3 years ago
Baltimore officer cleared on all charges in Freddie Gray case
Baltimore Police officer Caesar Goodson was found not guilty of all administrative charges for the 2015 death of Freddie Gray and will not be fired.

U.S. News // 3 years ago
Attorney: Baltimore cop's body camera shows him planting drugs
A Baltimore police officer was caught planting drugs with his own body camera, according to the public defender representing the person police had accused.

Opinion // 4 years ago
How American policing fails neighborhoods -- and cops
How should we understand the violence, counterviolence and civil unrest that mark the current era in American policing?

I do not own a construction company. I did not attempt to lease land to FEMA

One day you will personally reap the benefits of this ... I am a very patient man and I will await my opportunity which will surely come

As the World Turns (often referred to as ATWT) is an American television soap opera which aired on CBS from April 2, 1956 to September 17, 2010.

Set in the fictional town of Oakdale, Illinois, the show debuted on April 2, 1956, at 1:30 pm EST. Prior to then, all serials were fifteen minutes in length. As the World Turns and The Edge of Night, which premiered on the same day at 4:30 pm EST, were the first two to be thirty minutes in length from their premiere.

At first, viewers did not respond to the new half-hour serial, but ratings picked up in its second year, eventually reaching the top spot in the daytime Nielsen ratings by fall 1958. In 1959, the show started a streak of weekly ratings wins that would not be interrupted for over twelve years. In the year-to-date ratings, As the World Turns was the most-watched daytime drama from 1958 until 1978, with ten million viewers tuning in each day. At its height, core actors such as Helen Wagner, Don MacLaughlin, Don Hastings, and Eileen Fulton became nationally known. Irna Phillips created As the World Turns as a sister show to her other soap opera Guiding Light.

FULL ARTICLE AT WIKIPEDIA.ORG
This article is licensed under the GNU Free Documentation License.
It uses material from the Wikipedia article "Kevin Davis."
Back to Article
/