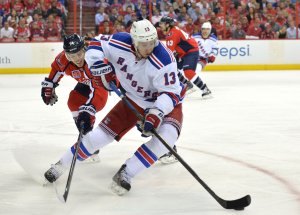 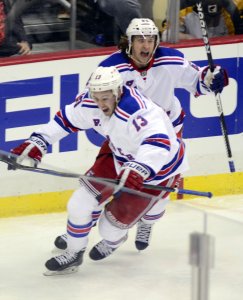 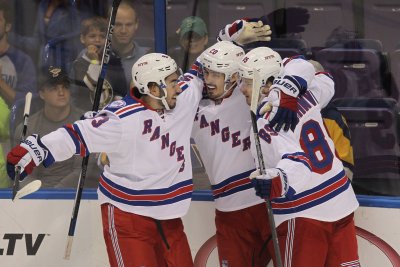 NHL // 3 years ago
New York Rangers rev up attack in 5-2 win over Florida Panthers
SUNRISE, Fla. -- Henrik Lundqvist tied a season-high with 43 saves and set a career milestone, but the "Broadway Hat," awarded by New York Rangers players to their star of the game, went to a guy who played just his second NHL game of the season. 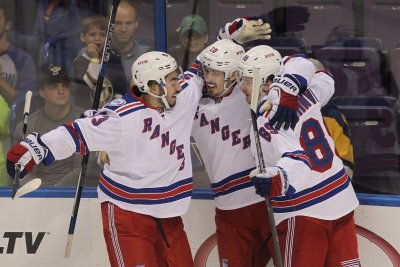 NHL // 3 years ago
NHL roundup: recap, scores, notes for every game played on February 13
COLUMBUS, Ohio -- Jimmy Vesey scored to snap a tie with 6:32 remaining in the third period and the New York Rangers posted a 3-2 victory over the Columbus Blue Jackets on Monday night.

NHL // 3 years ago
Chris Kreider lifts Texas Rangers to fourth straight win
NEW YORK -- All it took was one timely save and one fortunate bounce, and suddenly the New York Rangers were on their way to a comeback victory. 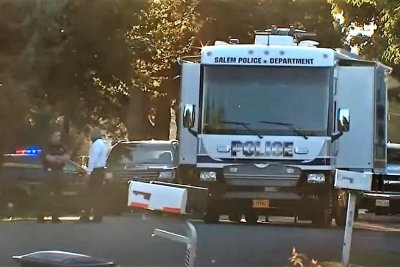