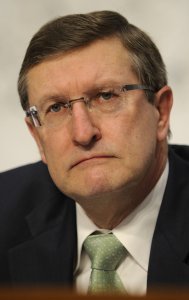 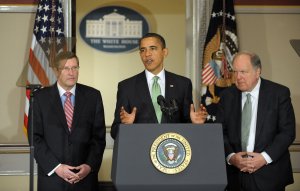 If I were in charge of AIG, I'd call in these folks and I'd say, 'Look, you either give them back or you're fired.' That we can do, because we own the company

We've reached a natural point at which it seemed like the next step, the next natural step, would be to share what we've been doing with other members and get their reaction

We will have a budget. But, after broad consultation, we have decided to defer a budget markup because of the high-level bipartisan leadership negotiations that are currently under way

I was very impressed by what Senator Reid has done

On January 18, 2011, Conrad announced that he would not run for re-election in 2012, but will instead retire. Conrad said in a statement that it was more important that "I spend my time and energy trying to focus on solving the nation's budget woes than be distracted by another campaign."

Conrad was born in Bismarck, North Dakota and lived much of his early life in Bismarck. Orphaned at a young age, he was raised by his grandparents. He attended Roosevelt Elementary and Hughes Junior High, and several years of high school in Tripoli, Libya. He graduated from Phillips Exeter Academy before attending college at Stanford, and received an MBA from the George Washington University.

FULL ARTICLE AT WIKIPEDIA.ORG
This article is licensed under the GNU Free Documentation License.
It uses material from the Wikipedia article "Kent Conrad."
Back to Article
/