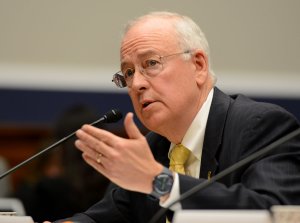 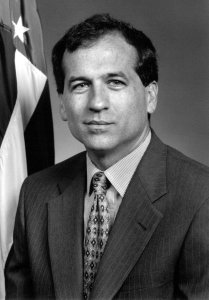 U.S. News // 1 year ago
U.S. government executes Brandon Bernard for Texas slayings
The U.S. government on Thursday executed a man convicted of killing a Texas couple two decades ago -- the second such execution of the lame-duck presidency of Donald Trump.

College Football // 3 years ago
Former Baylor Bears head coach Art Briles lands job in Italy
More than two years after he was fired as head coach at Baylor, Art Briles will return to the sidelines in Italy.

College Football // 4 years ago
Baylor fires football staffer after inappropriate text messages
Baylor has let another staffer go in the wake of its sexual assault scandal.

College Football // 4 years ago
Art Briles: I did not cover up sexual violence
Art Briles is denying allegations that he turned a blind eye to alleged incidents of sexual assault.

College Football // 4 years ago
Lawsuit alleges 52 rapes involving 31 Baylor football players
In a lawsuit filed Friday against Baylor, a university graduate alleged that 31 football players were involved in a minimum of 52 rapes from 2011 to 2014.

Tex was one of the most talented lawyers of our generation

This court has been quite willing to strike down acts of Congress. It's as if Congress can't get any respect

Kenneth Winston Starr (born July 21, 1946) is an American lawyer, a former federal Court of Appeals judge and Solicitor General who is most notable for his tenure as Independent Counsel while Bill Clinton was U. S. President. Starr was initially appointed to investigate the suicide death of deputy White House counsel Vince Foster and the Whitewater real estate investments of Bill Clinton. The three-judge panel charged with administering the Independent Counsel Act later expanded the inquiry into numerous areas including an extramarital affair that Bill Clinton had with Monica Lewinsky. After several years of investigation Starr filed the Starr Report which alleged that Bill Clinton had lied about existence of the affair during a sworn deposition. The allegation opened the door for the impeachment of Bill Clinton and the five-year suspension of Clinton's law license.

In 2009, he served as lead counsel defending California's Proposition 8 which banned same sex marriages in California.

Starr currently serves as the dean of Pepperdine University School of Law in Malibu, California.

FULL ARTICLE AT WIKIPEDIA.ORG
This article is licensed under the GNU Free Documentation License.
It uses material from the Wikipedia article "Ken Starr."