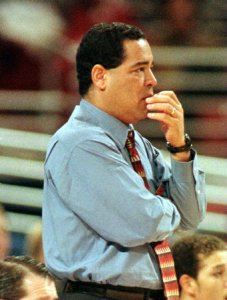 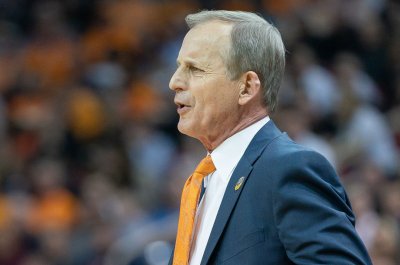 Sports News // 1 year ago
Houston Cougars get support from Rockets ahead of Kentucky game
The Houston Rockets are showing their support for the University of Houston ahead of the Cougars' Friday Sweet 16 matchup against the Kentucky Wildcats in Kansas.

College Basketball // 2 years ago
Michigan, Houston a battle of...bulldogs?
Saturday's NCAA Tournament third-round game between Michigan and Houston figures to serve as a great matchup between two figurative bulldogs on the court.

College Basketball // 2 years ago
No. 5 Cincinnati wary of showdown at Houston
Fifth-ranked Cincinnati's showdown against Houston on Thursday is the second half to the Bearcats' Texas Two-Step, but will be the surging American Athletic Conference front-runner's most challenging dance move in months.

College Basketball // 3 years ago
No. 19 SMU takes down Houston
Houston came in hot, but No. 19 SMU avoided getting burned in a 76-66 road win over the Cougars in Houston to hang on to first place in the American Athletic Conference.

College Basketball // 3 years ago
No. 22 Cincinnati picks up road win in Houston
Kyle Washington nearly recorded his sixth double-double of the season to help No. 22 Cincinnati remain unbeaten in the American Athletic Conference with a 67-58 victory over Houston on Saturday night at Hofheniz Pavilion in Houston.

Indiana is one of those special places where you say 'basketball', and Indiana is an automatic word association

You don't always have a chance to go back home, but he has that chance again

Sampson was born in the Lumbee Indian community of Deep Branch in Robeson County, North Carolina, where he excelled in the classroom and the athletic arena during his prep days at Pembroke High School, in Pembroke, North Carolina. Sampson was captain of his high school basketball team for two years, and played for his father John W. "Ned" Sampson. His father was also one of the 500 Lumbee Native Americans who made national news by driving the Ku Klux Klan out of Maxton, North Carolina in what is annually celebrated by the Lumbee as the Battle of Hayes Pond. Later he played at Pembroke State University (now UNC Pembroke), concentrating on basketball and baseball. The point guard was team captain for the Braves as a senior and earned four letters in basketball and three in baseball. He earned Dean's List recognition throughout his collegiate career and was awarded the Gregory Lowe Memorial Award as the school's outstanding physical education major his senior year.

After earning degrees from Pembroke State in both health and physical education and political science, Sampson pursued his master's degree in coaching and administration at Michigan State University. He left with his degree and a year's experience as a graduate assistant under Jud Heathcote.

FULL ARTICLE AT WIKIPEDIA.ORG
This article is licensed under the GNU Free Documentation License.
It uses material from the Wikipedia article "Kelvin Sampson."
Back to Article
/