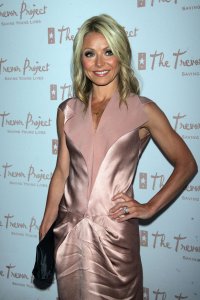 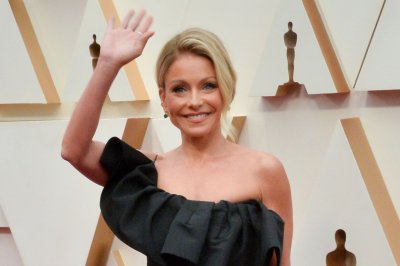 TV // 2 weeks ago
Kelly Ripa, Ryan Seacrest reunite on 'Live' set after months apart
Kelly Ripa and Ryan Seacrest filmed a new episode of "Live with Kelly and Ryan" Season 33 while in-person at the show's studio.

Entertainment News // 2 months ago
Ryan Seacrest, Shayna Taylor split up: 'They remain good friends'
"Live with Kelly and Ryan" host Ryan Seacrest confirmed his split from Shayna Taylor after he was spotted with a new woman in Mexico. 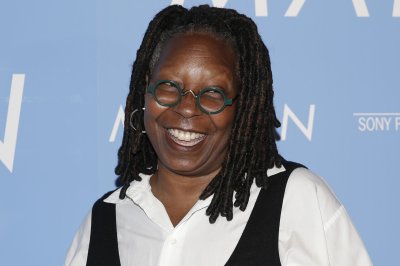 TV // 2 months ago
'View,' 'Ellen,' 'Jeopardy!' and 'Y&R' win Daytime Emmys
"The View" and "The Ellen DeGeneres Show" were among the winners at the Daytime Emmy Awards' virtual prize presentation Friday.

TV // 4 months ago
Ryan Seacrest returns to TV after health concerns
Ryan Seacrest appeared on "Live with Kelly and Ryan" after denying he had a stroke during the "American Idol" finale.

There is no truth to the story. Their marriage continues to be quite healthy and the National Enquirer should be ashamed for fabricating such an untruthful story

We try to keep it light and spontaneous. And I think the celebrities really enjoy doing our show. They seem very relaxed

We sort of approach the show that way. It's like, 'Who can we entertain today?' We don't want to drag anybody down

I'm going to do it this week, and come back when I'm ready

Lindsay Lohan is sick. She's not coming. Well, that's kind of a blow

Kelly Maria Ripa Consuelos (born October 2, 1970) is an American television host and actress. Since February 2001, she has served as the co-host of Live with Regis and Kelly, along with Regis Philbin. Earlier in her career, Ripa played Hayley Vaughan for 12 years on the soap opera All My Children; she also played Faith Fairfield on Hope & Faith. Both were television series on ABC.

Kelly Ripa was born in Stratford, New Jersey, the daughter of Esther, a homemaker, and Joseph Ripa, a labor union president and bus driver. She has a younger sister, Linda Ripa, who is a children's author. Ripa's father has been the Democratic County Clerk for Camden County, New Jersey since June 2009. She is believed to be a Democrat and has appeared at Democratic fundraisers for her father. Kelly also appeared on the television show Hannah Montana Forever, as she was interviewing Miley after she told her secret.

FULL ARTICLE AT WIKIPEDIA.ORG
This article is licensed under the GNU Free Documentation License.
It uses material from the Wikipedia article "Kelly Ripa."
Back to Article
/