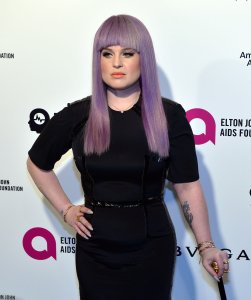 Entertainment News // 1 year ago
What to stream New Year's weekend: Countdown specials, 'Cobra Kai'
Celebrities and musical guests will be counting down to 2021 across various specials, "Cobra Kai" kicks into high gear with its third season and "RuPaul's Drag Race" enters into Season 13 this holiday weekend.

Entertainment News // 2 years ago
Kelly Osbourne denies dad Ozzy is on his 'deathbed'
"The Masked Singer" alum Kelly Osbourne shut down reports that her dad, Ozzy Osbourne, is near death.

I thought that Bruno was really harsh on (singer) Michael Bolton

The amount of pills I found in her bag was astounding

It's like it couldn't get any worse, there's no way

Kelly Michelle Lee Osbourne (born 27 October 1984) is a British media personality, television personality, host, judge, fashion designer, singer, and actress, best known for being the daughter of Ozzy and Sharon Osbourne. She was thrust into the limelight after appearing on the reality series The Osbournes with her family, for which they won a 2002 Emmy Award for Outstanding Reality Program. She has also appeared on Dancing with the Stars, in which she and professional dance partner Louis van Amstel took third place, and has made forays into music, acting, theatre, writing, columnist and broadcast presenting.

Osbourne was born in Westminster, London. She has an elder sister, Aimee, and a younger brother, Jack. She has two half-siblings: Jessica Hobbs and Louis John Osbourne from Ozzy's first marriage. She had an unofficially "adopted" brother, Robert Marcato, whom Sharon and Ozzy took in after Marcato's mother died. Kelly grew up travelling with her father as he went on tour, and lived in more than 20 homes between the UK and the USA.

Osbourne and the rest of her immediate family (without Aimee) were thrust into the international spotlight with the MTV reality show The Osbournes, which aired from 2002 to 2005. The series chronicled their day-to-day life, and the show became a hit for its portrayal of a dysfunctional, though close-knit family in which metal music, profanity and other harshness were a daily part of life. Kelly, the middle child, emerged (according to Rolling Stone) as "a wickedly funny, brutally honest, pint-size, potty-mouthed spitfire." The series started when she was around the age of sixteen, ending around the ages of eighteen or nineteen. Kelly said in an interview for The Osbournes DVD that the crew were only actually supposed to be there for a few weeks but ended up staying for a few months and that the constant cameras focusing on her and her family was stressful.

FULL ARTICLE AT WIKIPEDIA.ORG
This article is licensed under the GNU Free Documentation License.
It uses material from the Wikipedia article "Kelly Osbourne."