NFL // 2 years ago
Prescott responds to Irvin, says Cowboys close to Super Bowl
Dak Prescott told UPI that the Dallas Cowboys are "close" to playing in a Super Bowl, while also responding to comments about his game made by Michale Irvin. 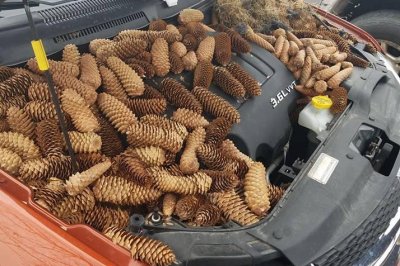 NFL // 3 years ago
Rosen: 'I'm the best QB in the draft'
UCLA's Josh Rosen wasn't short on confidence when discussing his place among the top-tier quarterbacks heading into the 2018 NFL Draft.

NFL // 3 years ago
Dallas Cowboys Week 7 report card: Jason Garrett needs to find kicker after Dan Bailey injury
FRISCO, Texas -- The Dallas Cowboys got an important win against the San Francisco 49ers on Sunday to move to 3-3 on the season.

NFL // 3 years ago
NFL Roster Roundup: Indianapolis Colts QB Andrew Luck removed from PUP
The Indianapolis Colts don't know when quarterback Andrew Luck will be able to play, but they won't be forced to wait at least six weeks when the decision was made Saturday to include Luck on the 53-man roster and remove him from physically unable to perform (PUP).

NFL // 3 years ago
2017 NFL camp, preseason standout players for every team: Undrafted free agents are king
If you entered the NFL as an undrafted free agent, there's a good chance you'll find your way onto this list of players who've opened eyes during the preseason.

Kellen Moore (born July 12, 1989) is an American football quarterback with the Boise State Broncos of the Mountain West Conference (MWC). Moore was born in Prosser, Washington and finished fourth in voting for the 2010 Heisman Trophy.

Moore played high school football at Prosser High School in Prosser, Washington. At Prosser, he was named the Gatorade Player of the Year for the state of Washington. He lettered in football and basketball three times each and was named Velocity/Prep Star All-American and First-team All-state, and Division 2A MVP by the Seattle Times. He earned league player of the year honors as well as First-team All-league recognition as a sophomore, junior and senior. He was also Third-team All-state selection as a junior.

FULL ARTICLE AT WIKIPEDIA.ORG
This article is licensed under the GNU Free Documentation License.
It uses material from the Wikipedia article "Kellen Moore."
Back to Article
/