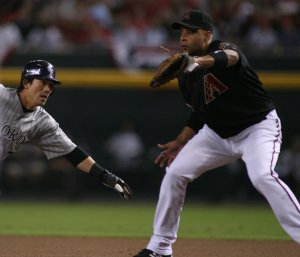 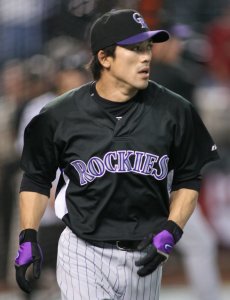 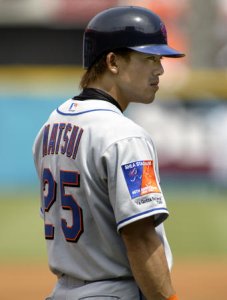 Matsui signed with the New York Mets on December 17, 2003, becoming the first Japanese infielder to sign with an MLB team.

Matsui graduated from the PL Academy Senior High School in Osaka, a school nationally renowned for its baseball program. The only appearance Matsui made at the National High School Baseball Championship Tournament was in his second year at PL Academy. Though Matsui was considered to be the PL Academy's ace starting pitcher, injuries limited him to playing only in the quarter-final game, where he allowed two runs during 2 2/3 innings.

FULL ARTICLE AT WIKIPEDIA.ORG
This article is licensed under the GNU Free Documentation License.
It uses material from the Wikipedia article "Kaz Matsui."
Back to Article
/