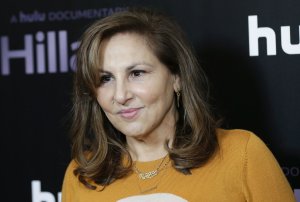 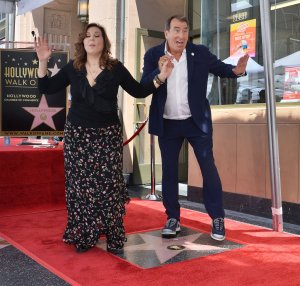 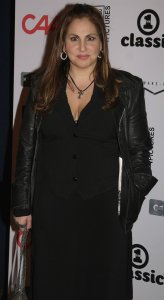 Entertainment News // 1 year ago
What to stream this weekend: 'Mandalorian' S2, 'Hocus Pocus' reunion
"Star Wars" television series "The Mandalorian" is back with Season 2, Justin Bieber gets personal in a new documentary special and the cast of "Hocus Pocus" are reuniting this weekend.

I am a little nervous, and I'll tell you why. I'm not afraid about the hosting part because I speak a lot in front of a lot of people, but with this audience, I don't know if they're my audience. I've never dealt with a country audience before

Kathy Ann Najimy (born February 6, 1957) is an American actress, known as Olive Massery on the television series Veronica's Closet, Sister Mary Patrick in Sister Act and the voice of Peggy Hill on the animated television series King of the Hill. Prior to her film work, she was best known for two off-Broadway shows with Mo Gaffney working as the duo Kathy and Mo. One of the shows became an HBO comedy special and garnered Najimy her first nationwide fan base.

Najimy's film career began in the early 1990s with a number of off-beat minor roles, but her first major role was in the 1992 comedy Sister Act, in the role of Sister Mary Patrick alongside her former co-star from Soapdish, Whoopi Goldberg. She reprised this role in 1993 in Sister Act 2. She also starred in Hocus Pocus with Bette Midler and Sarah Jessica Parker as the Sanderson sisters. In 1997, she lent her voice to Warner Bros. Family Entertainment as Tilly the Hippo in the little-known film Cats Don't Dance, alongside actors Scott Bakula, Jasmine Guy, John Rhys-Davies and Don Knotts. In 1998, she made a cameo in Bride of Chucky as the maid who discovers Diane and Russ' bodies. In 2001 she co-starred in the hit comedy film Rat Race alongside John Cleese, Rowan Atkinson, Cuba Gooding, Jr., Whoopi Goldberg, Jon Lovitz and Seth Green. She guest starred in That's So Raven. She has done four movies with Goldberg, (Soapdish, Sister Act 1 and 2, and Rat Race).

From film, Najimy expanded into television roles, including a dramatic recurring role on Chicago Hope. Najimy was part of the cast of Veronica's Closet from 1997 to 2000. She co-created and starred in the hit off-broadway show and HBO specials "Kathy & Mo, with friend and actress Mo Gaffney. She garnered rave reviews for her performance as Mae West in the Broadway hit Dirty Blonde. She currently portrays the pushy Dr. Mildred Finch on NUMB3RS.

FULL ARTICLE AT WIKIPEDIA.ORG
This article is licensed under the GNU Free Documentation License.
It uses material from the Wikipedia article "Kathy Najimy."