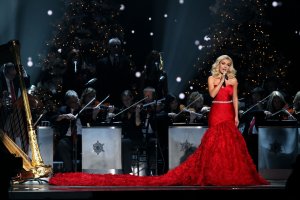 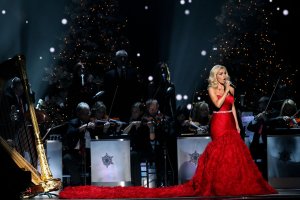 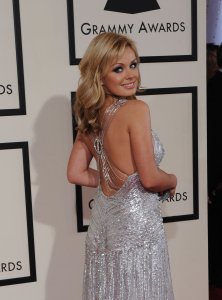 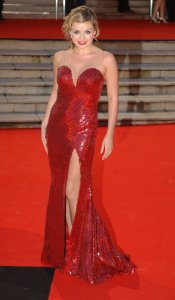 Personally I do not eat meat or wear fur, but people are entitled to their opinions

I am going to sing something from my new album ... I don't think I will attempt any of Shirley's songs. I will be sticking to what I can do. I don't think I could ever sing one of her songs better, so I won't try. She is too amazing to even attempt that

Katherine Jenkins (born 29 June 1980) is a Welsh mezzo-soprano. She is a classical-popular crossover singer who performs across a spectrum of operatic arias, popular songs, musical theatre and hymns.

Jenkins was born in Neath, Wales, where she and her sister Laura were raised by their parents Selwyn John and Susan. She has half-sisters from her father's first marriage, neither of whom she has met.

She attended Alderman Davies Church in Wales Primary School in Neath and later Dwr-y-Felin Comprehensive School, received A grades in GCSEs and A Levels and participated in productions such as Calamity Jane and Guys and Dolls. She attended singing lessons with John Hugh Thomas and passed her Grade 8 examinations with distinction in both singing and piano.

FULL ARTICLE AT WIKIPEDIA.ORG
This article is licensed under the GNU Free Documentation License.
It uses material from the Wikipedia article "Katherine Jenkins."