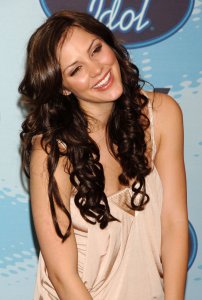 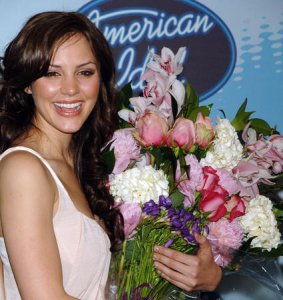 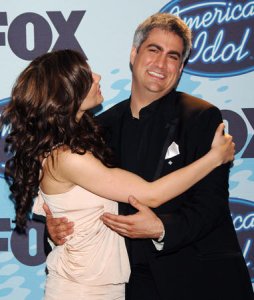 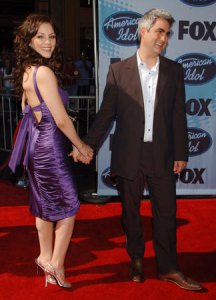 Entertainment News // 9 months ago
'Smash' musical, based on NBC series, coming to Broadway
A musical based on former NBC series "Smash" is being developed for Broadway.

Entertainment News // 11 months ago
David Foster cancels shows due to 'unexpected medical procedure'
David Foster postponed the March dates of his "Hitman" tour with Katharine McPhee due to health issues.

Entertainment News // 1 year ago
Anna Faris says she's discussed 'House Bunny' sequel
Anna Faris discussed the lingering popularity of "The House Bunny" and the possibility of a sequel on "Watch What Happens Live."

After I made it through the first round of auditions, I knew I had to get better if I was going to go all the way

Katharine Hope McPhee (born March 25, 1984) is an American pop singer, songwriter, actress, model, and television personality. She gained fame as a contestant on the fifth season of the Fox reality show American Idol in 2006, eventually finishing as the runner-up.

Her self-titled debut album was released on RCA Records on January 30, 2007 and debuted at #2 on the Billboard 200; it has sold 378,000 copies to date. The album's first single, "Over It", was a Pop Top 30 hit and was certified Gold in 2008. She also established an acting career, most notably co-starring in The House Bunny in 2008 as the hippie sorority sister 'Harmony'.

Her sophomore album, Unbroken was released on Verve Forecast Records on January 5, 2010 and debuted at #27 on the Billboard 200.

FULL ARTICLE AT WIKIPEDIA.ORG
This article is licensed under the GNU Free Documentation License.
It uses material from the Wikipedia article "Katharine McPhee."
Back to Article
/