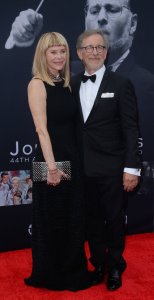 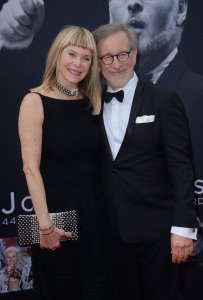 Kate Capshaw (born November 3, 1953) is an American actress. She is known for her role as Willie Scott in the film Indiana Jones and the Temple of Doom, and for her marriage to director Steven Spielberg (who directed the film).

Capshaw was born Kathleen Sue Nail in Fort Worth, Texas, the daughter of Beverley Sue (née Simon), a travel agent and beautician, and Edwin Leon Nail, an airline employee. She moved to St. Louis, Missouri at the age of five, and graduated from Hazelwood Senior High, now called Hazelwood Central High School in 1972. Capshaw earned a degree in education from the University of Missouri, where she was a member of Alpha Delta Pi. She taught Special Education at Southern Boone County High School in Ashland, Missouri and Hickman High School in Columbia, Missouri. She took the surname Capshaw upon her marriage to Robert Capshaw in January 1976; they had one child, actress Jessica Capshaw, and eventually divorced in 1980.

Capshaw moved to New York to pursue her dream of acting, landing her first role on the soap opera Love of Life. She starred in Dreamscape in 1983. She met film director Steven Spielberg upon winning the female lead (from a pool of 120 actresses) for the Raiders of the Lost Ark prequel, Indiana Jones and the Temple of Doom (1984). Capshaw also starred as Andie Bergstrom, a camp instructor in the 1986 film SpaceCamp. She appeared in the Showtime Cable Network miniseries A Girl Thing, with Elle Macpherson as her lover.

FULL ARTICLE AT WIKIPEDIA.ORG
This article is licensed under the GNU Free Documentation License.
It uses material from the Wikipedia article "Kate Capshaw."